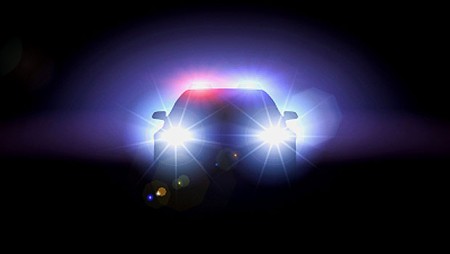 The title of this post is a bit misleading, but the full title would be so long. That’s why I get to write words here.

This morning I pulled out of my parking lot and turned onto the street. I realized that it was an overcast day, so I turned on my headlights.

And then I froze.

Less than 40 yards away was a police car driving towards me.

Let me back up a little.

Where I come from, if you drive past a parked police car–perhaps one that is trying to catch speedsters–it is common courtesy to blink your headlights at oncoming drivers to warn them. However, the police don’t like this. There might even be a law that says you can’t do this.

The thing is, turning on your headlights looks a lot like blinking your headlights, especially if an oncoming policeman catches it out of the corner of his eye. He (or she) is likely to assume that you didn’t see him and you were trying to warn other vehicles of another police car down the road, and he will pull you over.

When he asks you why you blinked your lights, you’ll tell him the truth–you just meant to turn on your headlights, not blink them. You can tell by the way he’s gripping your windowframe that he’s angry. Really angry.

You check your watch. You’re going to be late for work, so you might as well get this over with quickly.

However, the slight pause puts the officer over the edge. He pulls you through the window of the car. You barely have time to unbuckle before you’re on the wet pavement, the officer’s steel-tipped boot on your back, your hands pinched into handcuffs one size too small. 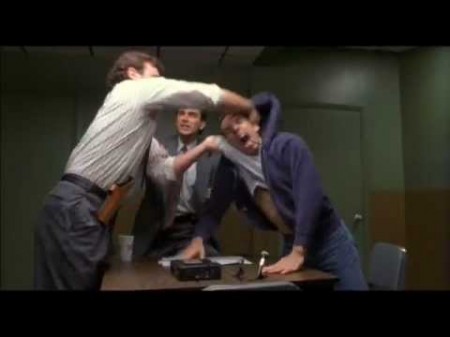 The next thing you know, you’re in an interrogation room. This is no good cop/bad copy scenario. It’s bad cop/bad cop. And they’re both angry.

The one who arrested you is pacing on one side of the room while the other sucks on chewing tobacco like it’s his mother’s breast. His eyes are bloodshot from sleepless nights of surveillance. You know this because he tells you that he’s spent the last 72 hours parked in an unmarked vehicle a block away from your apartment while monitoring a hotbox of drugs and prostitution. He was 2 minutes away from making an arrest when you blinked your headlights at the other cop…and Cadillac towncar containing every crimelord in St. Louis.

“Who do you work for?” the first cop screams, slamming his fists on the table. He lists names you thought were urban legends, names that St. Louis parents use to get their kids to quiet down at night. Names that would make the boogie man shut up and go to sleep.

“Take the cuffs off,” the second cop says. He’s talking to the other cop. “Do it.”

He takes his chewing tobacco out of his mouth and smears it over the close-captioned camera in the corner of the room. Your only safety net is gone.

The first punch doesn’t hurt, and you wonder for a brief second if you could have been a boxer. Thirteen punches later, you’re not so sure.

As the darkness closes in around you, your only thought is of your favorite cat. “Biddy!” you cry out. “Biddy!”

But there is no Biddy. Only darkness.

That’s just one example of what could happen if you accidentally mislead a police officer into thinking that you blinked your headlights when you turn them on. Hence my paranoia today when I saw the cop. Fortunately, he kept on driving and I didn’t run into the entirely likely situation described above. But still. It could happen. That’s why I always try to remember to turn on my headlights before I leave the parking lot.

This entry was posted on Tuesday, October 22nd, 2013 at 1:13 am and is filed under My Greatest Fear, superlatives and tagged with superlatives. You can follow any responses to this entry through the RSS 2.0 feed.

3 Responses to “My Greatest Fear #45: Misleading a Police Officer”