Pet Please #98: Singers Who Write Their Own Songs

What does musical talent mean these days? Specifically in terms of lead singers or solo artists.

It’s almost unheard of that you’ll encounter a song where the lead singer’s voice hasn’t been digitally manipulated or aided by eight backup singers with way better voices. I don’t think people notice the difference anymore–we equate a digitally altered voice with, quite simply, a voice. That’s what singing sounds like now.

I would go as far as to say that a good sound team could make a voice even as terrible as mine sound good. It wouldn’t sound much like me, but you’d find yourself bopping your head to the rhythm (it would be folk-alternative) on your drive home from work, just like any other song. 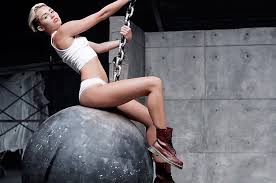 I’ve thought about this for a while, but the pieces didn’t really come together until I recently read a touching open letter from Sinead O’Connor to Miley Cyrus. The letter is mostly a cautionary note about how the music industry will get Cyrus to sexualize her music and herself to make more money.

One of the interesting things about the letter is that O’Connor kept referring to Cyrus’ talent. “You have enough talent that you don’t need to let the music business make a prostitute of you,” O’Connor says.

So I can’t help but think: Is Miley Cyrus talented? Because of the aforementioned digital manipulation and backup singers, we have very little idea of whether or not she’s a good singer. So how do we judge talent now? How does O’Connor know that Cyrus is talented?

Is a lead singer or solo artist talented if they’re a good performer on stage? Are they talented if they choose the right songs for their albums? Do they have any choice in the matter or are their lives (at least, the mega stars) dictated by a team of suits?

This gets back to the title of this post. I think a big part of talent is the ability to create something from scratch. In the music industry, that starts with songwriting (lyrics and music). Thus it always makes me happy to learn when a singer writes most of his or her own songs. It literally makes me enjoy the song more when I know that. Perhaps it’s something about the way music can move us–we feel a connection to the singer when we listen, and we want that connection to be real, not something manufactured by some corporate machine.

The internet tells me that Cyrus has written some songs, but not her mega hits. Thus I’ll continue to sing along to Wrecking Ball, but it just isn’t the same.

Do you know of any musicians who write their own songs and have great voices?

You may have noticed that we are rapidly approaching pet please #100, which is pretty cool, because “pet please” wasn’t even a real term 4 years ago. If you have any suggestions for #100, let me know in the comments and I’ll see if there’s one I really like.

7 Responses to “Pet Please #98: Singers Who Write Their Own Songs”