My Greatest Fear #46: Missing 2 Minutes of a Movie to Go to the Bathroom Even If My Bladder Will Explode 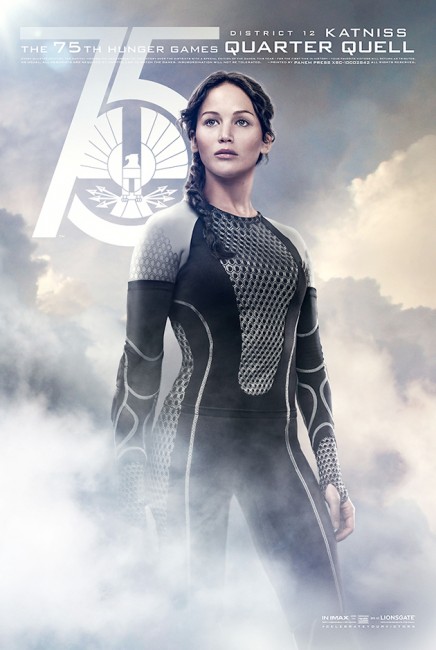 Yeah, I wouldn’t miss a single second of her.

If I were a betting man and people were taking bets on my bladder, I would bet that my bladder will someday explode while I’m watching a movie in a theater.

And I’ll probably keep watching the movie so I don’t miss anything.

Here’s how I know I have a problem: Tonight I was a few minutes into The Hunger Games: Catching Fire: The Movie That Didn’t Need a Subtitle when I realized that I kinda had to go to the bathroom. Just kinda.

“Eh,” I said to myself as I have so many times before. “I’ll be fine. I don’t want to miss anything.”

Keep in mind that this is a movie based on a book that I’ve read. I know everything that happens. Even if I actually missed a few minutes to go to the bathroom, I could find that part in the book and refresh my memory.

But noooo, Jamey can’t miss a single second of the movie. The one time I did go to the bathroom during a movie (Harry Potter 6 or 7.1, I can’t remember which), I missed the ridiculously awesome animated scene about the three brothers and the wand of death, the sword, and the invisibility cloak. Never again, I vowed. Never again.

I won’t bore you with what proceeded to happen, but I’ll sum it up in a few bullet points. Keep in mind that none of these are logical–I think some of the pee got into my brain:

You read that right. Peeing my pants in a crowded movie theater occurred to me before I considered actually going to the bathroom.

Again, not that you want the details, but when the movie ended and I finally made it to the bathroom, I had to go so badly that I couldn’t go at all. Finally I relaxed and made it happen.

I foresee two ways this is going to end:

I can’t tell which one is more likely. What do you think?

This entry was posted on Sunday, November 24th, 2013 at 11:38 pm and is filed under My Greatest Fear, superlatives and tagged with superlatives. You can follow any responses to this entry through the RSS 2.0 feed.

8 Responses to “My Greatest Fear #46: Missing 2 Minutes of a Movie to Go to the Bathroom Even If My Bladder Will Explode”