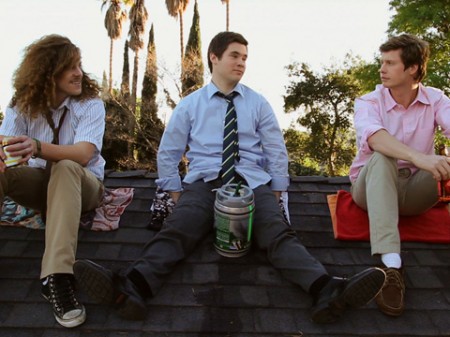 It’s time for my annual ranking of the top grievances proposed at my Festivus party. Technically it’s not my ranking, as I wrote a number of the 71 grievances myself. Instead I sent that list of grievances to 4 of the funniest people I know who weren’t at the party due to excuses like “living in Virginia” and “being super lame.”

My friend Gabby is up first. Gabby had a tough job, as he had to not only pick 31-40, but in doing so also eliminate 31 grievances. Here are his picks:

40. When someone (a child) pukes in your car and you can’t get rid of the smell no matter how hard you try.

39. Bitstrips. Seriously, people, your life isn’t an animated film. Leave that to Pixar.

35. Cars that do not view bicyclists as other cars! (someone added: Bicyclists who think they’re a car. Get on the sidewalk!)

33. The show Workaholics ended without tying up all the loose plot lines and unanswered questions.

31. After 10 years, I still forget to bring grievances to Festivus.

Also, in defiance of tradition, I’d like to add the following grievances that the judges chose not to include in the Top 40:

What’s your favorite of the above grievances? Join us tomorrow as Bryce ranks 21-30!

This entry was posted on Monday, November 18th, 2013 at 10:20 pm and is filed under Festivus, humor and tagged with humor. You can follow any responses to this entry through the RSS 2.0 feed.

Leave a Reply to Emma