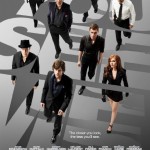 It was a another great year for movies that I saw for the first time this year, with 28 movies receiving at least the coveted Stegmaier 4 Stars (out of 5) and 11 movies receiving ratings of at least 4.5 out of 5. Below are the best of the best in no particular order. Man […] 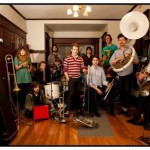 2013 was a great year for some of my favorite bands…kind of. A few of my top bands released new albums that I just didn’t connect with at all. However, one of my previous favorite bands, Typhoon, released an amazing new album in 2013. As you can see by my list below, they are my clear pick […]

Movie Contrivance #19: When Everyone Sings a Song That You’ve Never Heard

A few days ago I watched the new movie American Hustle (or, as I think of it, Amy Adams’ Cleavage). It’s a fantastic movie–amazing acting, a story that will keep you on the edge of your seat, and a surprising amount of humor. I actually think it’s funnier than Anchorman 2 (which should give you […]

Pet Peeve #54: Confirmation Emails When You Unsubscribe to Spam

Have you ever wanted–like, really wanted–to have the last word in a discussion? I know it’s petty and immature, but sometimes it feels so good. Until they say one more thing. This is how I feel about email spam. Every now and then I unsubscribe to an email list that added my email without permission, […]

Traveling to the Tropics? Check Your Coat at the Airport 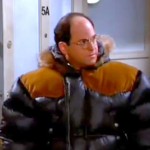 This is a really small tidbit of information, but I thought it was cool (credit to Springwise): Imagine you’re at the airport in the dead of winter. You’re traveling to the islands for a week on the beach while your workers scrape ice off their cars back at home. You have a suitcase, a carry-on, […]

Pet Please #101: Not Knowing When a Book Will End 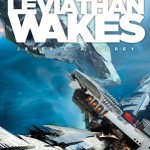 Yesterday I had something very, very rare happen to me: A book ended abruptly. We’re used to this happening with movies. You never know exactly when a movie will end, and that uncertainly often keeps you on the edge of your seat. You never know if the scene you’re watching will be the climax. But […] 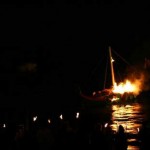 MEMORANDUM TO: Skaftafell Funeral Committee FROM: Bjorn Sveinsson, chief firefighter DATE: Tuesday, 938 BC SUBJECT: Funeral Pyres: There has to be a better way Brethren, I beg of you: For the sake of our future and our children’s future, please, please stop putting our honored dead on wooden rafts and setting them aflame. I understand […]

The 20 Best Festivus Grievances of All Time: You Decide 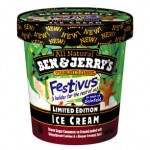 Right off the bat, let me tell you that you don’t have to decide the 20 best Festivus grievances of all time. We’ve already done that. Rather, we need you to pick the top 3. Employing the expertise of a team of Festivus specialists trained in the foothills of Manhattan, we’ve created a list of […]

Today Is the Day 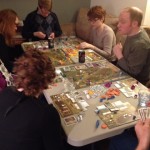 My last day at my regular, full-time job was this past Friday. It was a really nice sendoff–everyone had about a month’s notice, so all of the logistical preparations were taken care of. It was just a matter of actually saying goodbye. I didn’t want any extra attention, so the goodbye worked in seamlessly with […]

Turn Off Your Phone, Get a 50% Discount 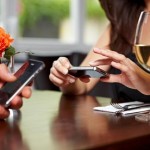 The other day I was posting on a board game forum about my latest game, and one of the comments evolved into a discussion of player habits at the table. One of the people in the discussion said they have a house rule that bans players from looking at their phones at the table during […]

‘Tis the Season to Watch “Love Actually” with a Critical Eye 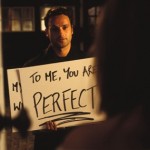 You see, I rather enjoy the movie. It’s one of those ensemble plots where there’s a little something for anyone. Love Actually romanticizes falling in love like almost no other movie. And it’s quite bold when it comes to rom coms–a number of the subplots aren’t about falling in love, but rather about sadly walking […]

The Sorrow of No New Blog Entry 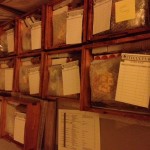 This guest entry was written by best friend and reader T-Mac when he discovered there was no new blog entry this morning (I’m sorry–I’m a little preoccupied with Euphoria shipping right now!). The early JSB readers roused from our slumbers, sleepily dressed, defrosted our cars, and headed off to work as if it were any […]

Gandalf vs. Magneto: Who Would Win in a Fight? 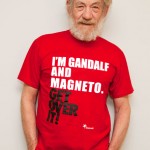 I’m super excited to see The Hobbit (part 2 of 14, I think) this weekend. The other day I saw Sir Ian McKellen on The Daily Show, and as he and Jon Stewart were talking about something, my mind drifted to the age-old question about the two movie roles McKellen plays: Who would win in […]

Anchorman 2: The Most Brilliant Hype Machine Ever 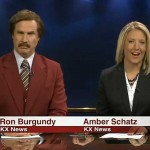 I’m in awe of the the promotional campaign for Anchorman 2. The brilliance of it exceeds anything I could have imagined for any movie, and I think it’s going to result in a monumental response at the box office. The campaign–as far as I’m aware–started with Dodge Durango commercials. They were rare commercials that I […]

When I was going through puberty (which lasted from about my 11th year to my 24th year of life), I got a lot of migraine headaches. I still do, but I know exactly what triggers them at this point: lack of sleep, lack of water, and fake sugar. It’s the last item on the list […]

The 10 Elements of Great Customer Service 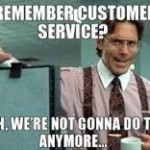 This entry was originally posted on the Stonemaier Games Kickstarter Lesson blog. “I actually monitor all backer homes and workplaces for any mention of our games. It’s not creepy; it’s customer service.” –Jamey Stegmaier The above line is a joke–obviously I don’t have access to every closed-circuit camera and baby monitor in the world. It […] 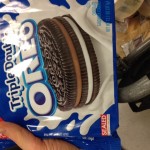 Today I was doing some grocery shopping, and as is my way, I eventually gravitated into the cookie/candy aisle. The Oreos instantly caught my eye. I crave Oreos approximately 4 times a year. For the rest of the time I acknowledge Oreos for what they are: stale compartments for high-fructose corn syrup. But for those […] 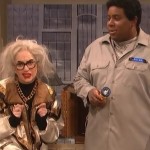 Saturday Night Live basically offers two kinds of sketches: new sketches and ongoing sketches. Lorne Michaels has built the brand based on the combination of those two. You always get something new when you watch, and you also get something familiar. In recent years it’s my perception that there have been more ongoing sketches than […] 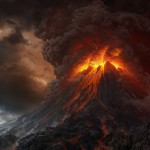 I’m no expert in mountain-naming, but it seems to me that the person or creature who chose the name “Mount Doom” had to know he was creating trouble for future generations. Imagine yourself sitting around a council chamber among all the other cartographers of the land. You’ve been using all the different languages of Middle […]