Should You Tell Someone You Care About That They’re Not with the Right Person? 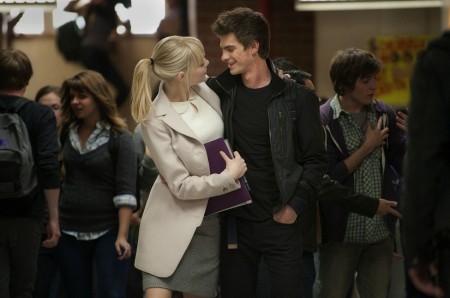 The above title is a bit misleading (or incomplete, rather), so let me explain before you jump to the poll:

Today I got an interesting e-mail from a college friend who I haven’t seen in a while. She (we’ll call her “Hypothetica”–she’s Greek) has a very close friend–we’ll say “Peter”–who has been dating a girl–“Parker”–for about 7 months. Peter is completely smitten with Parker and has mentioned to Hypothetica that he could see himself ending up with Parker.

The problem is, Hypothetica doesn’t think that Parker is a good fit for Peter. She sees a few key areas where they do connect, but she also recognizes a few major areas of disconnect, and she doesn’t know why Peter can’t see them.

Based on what Hypothetica knows about the relationship, Peter and Parker are well beyond the blind lovebirds phase–they’ve had ups and downs. They’re in a solid relationship. Which makes it even more bewildering why Peter is still blind to some major areas of disconnect.

I should also note that Hypothetica is happily married and is not interested in Peter, in case that thought came to mind.

I’m being intentionally vague about all of this out of respect for these people. Plus, I’m trying to ask this as a broader question, not just about Peter and Parker. The proper question I’m trying to ask is: If you really care about someone and have their best interest at heart, should you tell them if you think they might be with the wrong person? Or at least bring to their attention what they’re overlooking?

On one hand, I think a good friend should respect their friend’s choices. Peter is choosing to be with Parker, and Hypothetica should respect that. She knows that Peter will make mistakes in his life, and it’s not her place to butt in every time she thinks he’s about to make one. Plus, Peter hasn’t asked for Hypothica’s input.

On the other, isn’t a big part of friendship being blunt and honest with your friends? In the end you should still be supportive of your friend’s decision, but that doesn’t mean that you can’t be a part of the decision-making process. Plus, marriage is a huge decision. If there’s any time for a friend to speak up, isn’t this the time?

I’d like to hear your thoughts to help Hypothetica. If you have a clear-cut answer, feel free to respond on the poll below. I have a feeling that the “right” answer is a bit of a grey area.

This entry was posted on Tuesday, January 7th, 2014 at 8:25 pm and is filed under Uncategorized and tagged with relationships. You can follow any responses to this entry through the RSS 2.0 feed.

13 Responses to “Should You Tell Someone You Care About That They’re Not with the Right Person?”