When We Were Young: The Japanese Ice Cream Story

I recently had a birthday (one of many–apparently it happens once a year), and I’ve been somewhat reflective on the idea of getting older. I’m 33, so I’m not ancient, but looking back, there are so many things I could do when I was young that are much more difficult now: 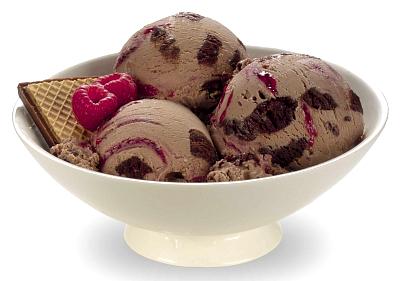 For your reference, this is what THREE scoops of Haagen Dazs looks like.

That brings me to the biggie that I’m sure many of us have experienced: metabolism. I spent my college years and my early 20s trying to eat enough food and lift enough weights that I could weigh 150 pounds, but I could hardly even cross the 145 threshold. Now I take off my socks when I stand on my scale so I can dip down under 160.

Many of us have experienced those fruitful younger days when your body is impervious to the amount of fried chicken you put into it, and I have a fun example from the year I spent abroad in Kyoto.

I suspect that the idea was that you sit down with a group of friends and pick away at the bowl, everyone getting a few delicious spoonfuls of each flavor. I don’t think they anticipated us brutish Americans combining our love of discounts with our love of ice cream by eating 7 scoops per person.

So every Thursday I’d go to Haagen Dazs with my American friends Jake and Ken, and we would each eat 7 scoops of ice cream. It never impacted our waistlines.

It gets worse. And better.

For fall break, Jake, Ken, and I decided we would bike around largest lake in Japan, Lake Biwa, which just happened to be near Kyoto. We literally found it on a map and said, “Hey, maybe we should bike around that.”

The trip looked like it would take about four days. We left on a Tuesday, reached the northern point of the lake on Wednesday, and on Thursday afternoon we found ourselves coasting back into Kyoto a day early. It was kind of anticlimactic. Since we had nothing to do, we decided to get some ice cream.

So we went to Haagen Dazs and ordered 7 scoops each. It was Thursday, after all, and it was only $5. But as we each finished our bowls, something happened. I can’t remember who said it, but one of us said, “You know…I’m still hungry.”

The other two people agreed. “Are you guys thinking what I’m thinking?”

We each proceeded to eat 7 more scoops of ice cream.

Just in case your math is rusty, let me help: I ate 14 scoops of ice cream in one sitting. And it was not a problem.

I was 20. Can you imagine doing this today? I don’t think I could eat 14 scoops of ice cream if I wanted to. And if I somehow pulled it off, I would immediately die. No question about it. It’s scientific.

That’s my story. What’s your “when we were young” story?

This entry was posted on Tuesday, January 14th, 2014 at 10:09 pm and is filed under Japan, personal and tagged with personal. You can follow any responses to this entry through the RSS 2.0 feed.

4 Responses to “When We Were Young: The Japanese Ice Cream Story”