My Greatest Fear #47: Forgetting to Go Invisible After Finishing an Instant-Message Conversation 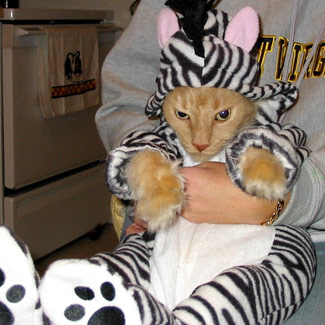 Who would have thought I’d have 47 greatest fears? That can’t be good.

Thus my default setting for Facebook, Google, and Skype is invisible.

The other day I logged into Google Hangouts to be interviewed by a Kickstarter vlogger. Within second of logging in, someone instant messaged me, and we chatted for a few minutes while I waited. It was fine.

After the interview, I thought I closed out of Google Hangouts, but apparently Chrome usurped me and left me logged in. So other people started instant messaging me.

That’s where the greatest fear kicks in. Because once someone sees you’re online and messages you, you can’t log out right away–they’ll know you saw them! It’s like answering the phone and hanging up as soon as the person says, “Hi Jamey!” They know you heard them!

So when this happens, I panic. The person knows. They know everything. And there is no escape.

I did the only logical thing: I went off the grid. I smashed my computer to bits, starting with the monitor, because in TVs and movies that’s what people do when they want to destroy the information inside a computer. I cut all the cards in my wallet in half and dropped them in different trash cans around the city.

Next, I got that retinal surgery that Tom Cruise got in Minority Report, and I had my fingerprints surgically replaced with Kim Kardashian’s fingerprints (they’re heavily airbrushed). I drove my car into the Mississippi and used cash to buy a new vehicle (an innocuous Segway). Also, I dyed Biddy and Walter so they look like zebra cats (they chose the animal).

Last, I drove my Segway to the houses of the people who had instant messaged me, and I hypnotized them to forget I had ever been visible on instant message.

The transformation was complete. Now no one would ever know I had ignored them online. Totally worth it.

This entry was posted on Monday, March 17th, 2014 at 10:09 pm and is filed under My Greatest Fear, superlatives and tagged with greatest fear, superlatives. You can follow any responses to this entry through the RSS 2.0 feed.

2 Responses to “My Greatest Fear #47: Forgetting to Go Invisible After Finishing an Instant-Message Conversation”