Pet Peeve #56: When People Throw Up on TV 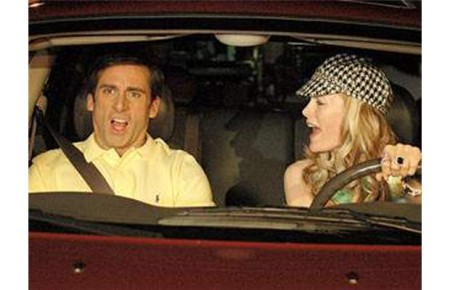 The title of this blog post is a bit of a misnomer. My pet peeve is when TV shows and movies show characters throwing up. This isn’t a post about people throwing up on TV sets. That would be rather difficult to do. Disgusting, yes, but my disgust would be mixed with a level of respect that they were able to throw up on my TV (it’s mounted on the wall).

In fact, I would wager that no one wants to see it. There are people out there who love realistic violence on TV. Or realistic sex. Or bugs crawling out of orifices. But I bet there’s only a very, very small number of people who genuinely enjoy seeing the contents of someone’s stomach exit their mouth.

I primarily watch TV while I’m eating meals (multitasking win!). I hungrily chomp away on garlic bread while watching people get beheaded in Game of Thrones. I devour my spinach salad while watching contestants on Survivor brave the elements and the flies. And I lick bowls of ice cream clean while a character on Broad City (best new comedy!) takes a dump in a size-14 lady’s sneaker.

But I have to turn away when someone throws up.

So I ask all the directors out there–nay, I implore you–please stop showing vomit in any form. Particularly at the moment when it exits a mouth. If your character simply must throw up, have the actor put his or her head all the way inside the toilet. Or shoot it from behind the actor’s head. Or focus the camera on something pleasant while we hear puking sounds in the background.

Thanks for you consideration.

This entry was posted on Monday, March 10th, 2014 at 9:53 pm and is filed under Uncategorized. You can follow any responses to this entry through the RSS 2.0 feed.