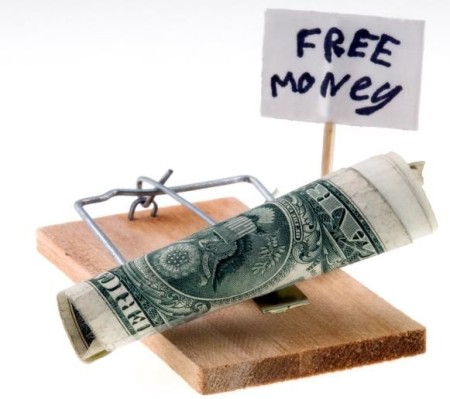 I’m sure you’ve seen this: Every now and then, a big company gets sued, and as part of the class-action settlement, they send all of their customers a check for their portion of the settlement.

Last week I got two of these checks. The first was from Toyota (about $125) and the second was from Amazon (about $3). I deposited the Toyota check right away using my phone–free money! But then I got the $3 check and I started to think about what depositing these checks means.

My understanding is that these types of class-action settlements keep companies accountable for the choices they make that impact consumers. For Toyota and other car companies, peoples’ lives are at stake. This type of accountability is important. So if a million people got those $125 checks but didn’t cash them, we’re not holding Toyota accountable.

At the same time, though, my car wasn’t affected by the problem Toyota was making amends for. I don’t really know why I got the check. But I did, and I cashed it without thinking. Should I have?

The Amazon check is a little different. For starters, it’s much smaller. $3 isn’t much. Also, no one’s life is at stake because of an ebook settlement. It looks like an antitrust settlement between Amazon and a few big book companies. I don’t know much about the case at all, and if I dug deeper, I might find that I don’t even agree with the decision.

Regardless, is it my responsibility to deposit the check? It is my responsibility to dig deeper to find out if I agree with why I got the check in the first place? Should I figure out if I was even impacted by the case at all? Or are all of these questions irrelevant, and I should just deposit any “free money” that shows up in my mailbox? Let me know what you think.

This entry was posted on Wednesday, April 2nd, 2014 at 11:24 pm and is filed under question of the day and tagged with debate. You can follow any responses to this entry through the RSS 2.0 feed.

5 Responses to “Should You Deposit the Check?”