The Cup That Tells You What’s in It 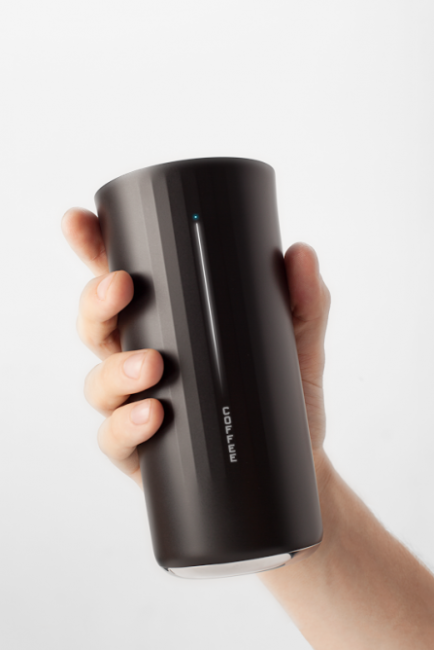 Today I read about a really interesting innovation. It’s a clever invention that feels like something from the future…yet I can’t decide if anyone will ever use it for anything.

It’s called the Vessyl, and as the title of this blog post suggests, it’s a cup that tells you exactly which liquid is inside of it. It will also tell you the dietary content of the liquid. The cup reports the information to your smartphone so you can track it. The cup even knows how much liquid is inside of it, so if you’re a heavy coffee drinker trying to cut down on the caffeine, the cup could track over time when you seem to be drinking the most.

But something about it just doesn’t seem all that…useful. Like, the cup can tell you how much water you’ve been drinking, and you can have it remind you to drink more water. That’s cool, but do you really need an app to tell you when you’re thirsty?  And it’s neat that it can measure the dietary content of a liquid, but most liquids have the dietary content printed on the side of the bottle or can.

Then there’s the price. $99 is perfectly reasonable for this level of technology. But are you really going to carry around a $99 cup all day so you can drink every liquid out of it? Because to get the full functionality out of the cup, you need to use it for every liquid you consume.

I don’t know…I want to like this, but I just can’t see anyone actually using it. Would you buy it? Would you use it?

This entry was posted on Tuesday, June 17th, 2014 at 11:07 pm and is filed under brilliant innovations, technology, their brilliant ideas and tagged with technology. You can follow any responses to this entry through the RSS 2.0 feed.