It Ain’t Easy Being a Hermit 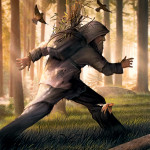 When I started working for myself full-time, I was a little worried that I would quickly become a hermit. I’m perfectly content going long stretches without seeing people, and I like my peace and quiet. However, I understand the value of seeing people on a regular basis, hence my concern about my natural tendencies versus […] 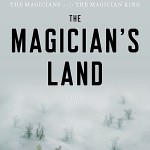 3 years ago, I discovered a book called The Magicians. Written by Lev Grossman, the book follows an 18-year-old boy as he applies to a school of magic and searches for a Narnia-like world that even his most powerful professors don’t believe in. It was a rare work of literature that is not only beautifully written, but also […] 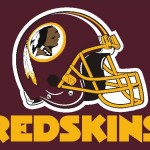 When I was growing up (and still to this day), my entire extended family were Washington Redskins fans. Big fans. Everyone follows the team as closely as possible, and they went to a lot of games. I personally root for the 49ers, but I’m always happy to see the Redskins do well. Recently, though, it […]

Trapped in a Room: A Gaming Experience 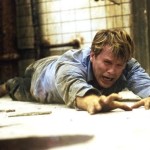 This past Friday, I was locked in a strange room with 3 friends and 4 strangers. Our cell phones were taken from us–we had no contact with the outside world. A camera monitored our efforts to escape. No, it wasn’t a sex thing, a psychology experiment, or Saw VI. This was a game called Trapped: A […] 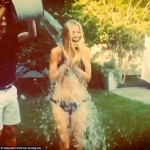 I doubt I need to explain the ice bucket challenge at this point, but just in case, it’s this thing where you get publicly challenged via video by someone who dumps a bucket of ice water on their head. You can film yourself doing the same thing within 24 hours (and maybe donate some money) […]

Have you ever been hanging out with someone–maybe a significant other, a good friend, or a coworker–and you knew something was wrong, but they kept denying it? No matter how many times you ask, they won’t admit anything’s wrong. You even keep a close eye on them to see if you figure it out, but […]

Boyhood and Guardians of the Galaxy 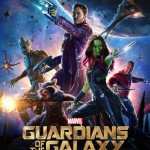 Recently I had the pleasure of watching two movies that could not be more different, but they were both enjoyable in their own way. The first is Guardians of the Galaxy. I knew nothing about the comic book, but I’ve come to trust Marvel as a movie brand, so I was really excited about this […]

Where Would You Go for a Food Vacation?

While feasting on one of the many delicious homecooked meals I ate while in Virginia recently, the topic of “food vacations” came up. Whenever I travel–particularly abroad–eating at a lot of interesting, local dishes is really important to me. My family visited me in Kyoto for a week back in 2001, and I planned every […] 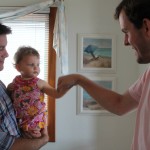 Do you ever get back from vacation feeling like you need a vacation? I’ve had a great couple of weeks. This is the first significant break I’ve taken from the blog in 7 years. I missed writing, but it was a good fit not to have to write while I was trying to relax. Emphasis […]