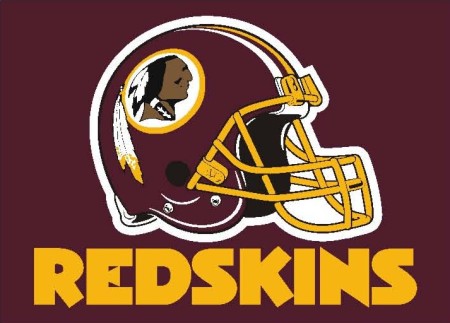 When I was growing up (and still to this day), my entire extended family were Washington Redskins fans. Big fans. Everyone follows the team as closely as possible, and they went to a lot of games. I personally root for the 49ers, but I’m always happy to see the Redskins do well.

Recently, though, it has come to light in the public eye that the term “redskin” is actually quite derogatory toward Native Americans. In all likelihood, Native Americans have been pointing that out to the NFL for years, but the movement seems to be gaining momentum the last few years.

At this point I think it’s hard to deny that “redskin” is a derogatory term. I don’t know exactly where it falls in the spectrum of racial slurs, but I would guess that it isn’t too far off from the n-word. The term apparently has its roots in what Native Americans called themselves, but over time it became an ethnic slur.

Some might say that people are too sensitive these days, but I think that’s missing the point. I’m not easily offended by much at all, but we’re talking an pretty bad ethnic slur here. Knowing what we know today, would anyone name a team the “Redskins?” Not a chance.

What should the Washington Redskins do? They’ve talked about how it could cost them millions to rebrand, and they’re right. It would be expensive. But teams also sell a lot of jerseys when they change their team colors, name, or location. The team could treat this as an opportunity instead of a sacrifice.

Interestingly, in the same article I linked to above, the author points out that the team’s fight song used to include the line “Fight for old Dixie” (referring to the Confederacy, where slavery was legal), but they changed it to “Fight for old DC” in 1959.

As someone who supports the Washington Redskins, there’s no question in my mind that the right thing to do would be to change the name.

This entry was posted on Tuesday, August 26th, 2014 at 7:50 pm and is filed under sports and tagged with debate, editorial. You can follow any responses to this entry through the RSS 2.0 feed.

8 Responses to “Should the Redskins Change Their Name?”