The Power of Asking for Feedback 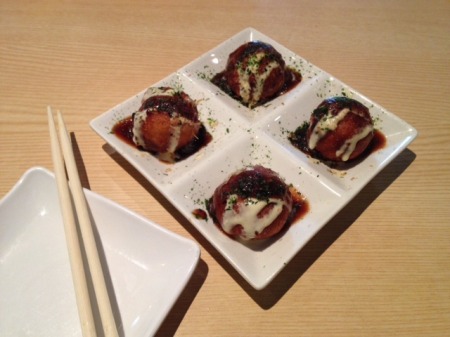 Unrelated: I got more takoyaki the other day!

A few days ago I listened to a talk about asking for feedback. While I’ve been a big fan of the power of asking for feedback for a long time now (as a manager at my previous job, to my Kickstarter backers at my current job, and in general), the talk really opened me to a few key elements that I thought were worth delving into here.

The first element is the importance of actually being open to hearing honest feedback, especially for things that we’re insecure about. The talk discusses the idea that people often tell us what they think we want to hear not because they want to, but rather because they’ve seen the way we respond to the truth in the past. I think this is especially true in relationships.

The second element is the importance of asking. I think sometimes we assume that by surrounding ourselves with people we trust, they’ll dispense feedback when needed, like an open-door policy at work. But the door really only opens when we ask for feedback. That’s the real invitation.

The third element is specificity. The way we ask for feedback matters. You can’t just sit down with your girlfriend and say, “Tell me how I can be a better man.” That’s not a terrible start, but you might be better off asking, “What’s one thing I do that really annoys you?”

My favorite two examples in the talk were as follows:

Now, I’ll say this: I’ve been thinking about this talk a lot. I’m not in a relationship right now, so the relationship-y aspect of the talk doesn’t really apply to me right now. But I want to apply what I heard somehow. Where do you start, though? With family? With friends? How do you ask for feedback in such a way that the other person doesn’t assume you’re actually just trying to get them to ask the same question?

If you listen to the talk, I’d love to hear what you think.

This entry was posted on Thursday, September 11th, 2014 at 11:57 pm and is filed under leadership, life lessons and tagged with leadership. You can follow any responses to this entry through the RSS 2.0 feed.

7 Responses to “The Power of Asking for Feedback”