Today was Walter’s 8th birthday. Until recently I thought Walter was only about 4 years old, but my vet pointed out on some paperwork that he was not only twice as old as I thought, but he was also born on November 9, not in the spring as I originally thought. Of course, Walter was a stray for several years, so it’s anyone’s guess how old he really is.

Regardless, the papers say that today is his birthday, so that’s when we’ll celebrate it. And celebrate we did!

First I let Walter do one of his favorite things without interrupting him: He loves to wrestle with Biddy. 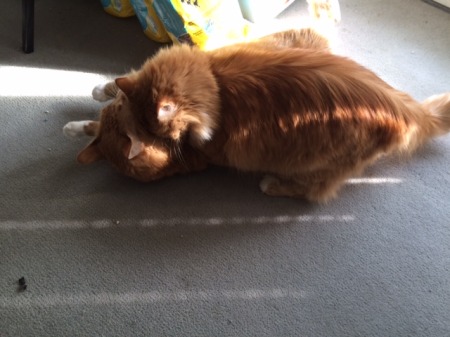 Then I pulled out his favorite toy and sprinkled some catnip (Walter doesn’t care about treats, but he loves catnip) in the vicinity. 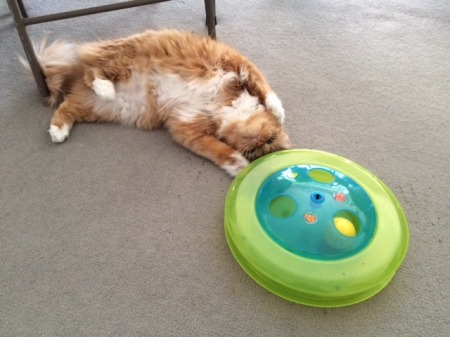 Next I brought him a fresh bowl of food on his perch so he wouldn’t even have to stand up to eat it. 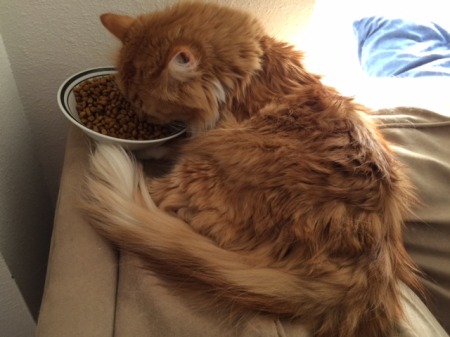 Finally I settled down with him on the couch for one of his favorite things, sitting on my chest while I watch TV. 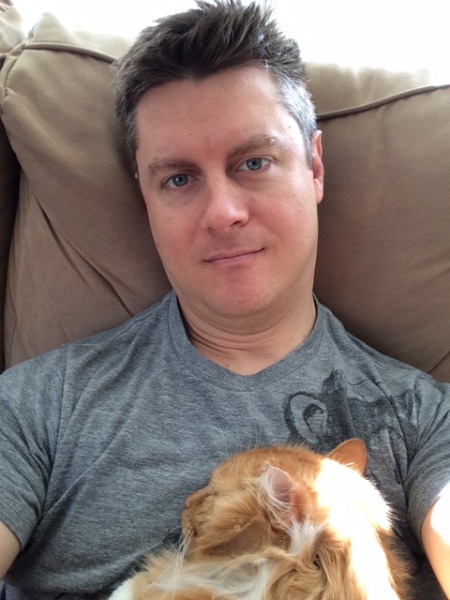 A pretty good 8th birthday, if you ask me. Happy birthday, Walter!

Recently a friend reposted an older entry I wrote about Walter. If you want to learn more about the little guy, click here.

This entry was posted on Sunday, November 9th, 2014 at 11:16 pm and is filed under kitten and tagged with cats. You can follow any responses to this entry through the RSS 2.0 feed.