Part 2 of 9: Remembering the Future 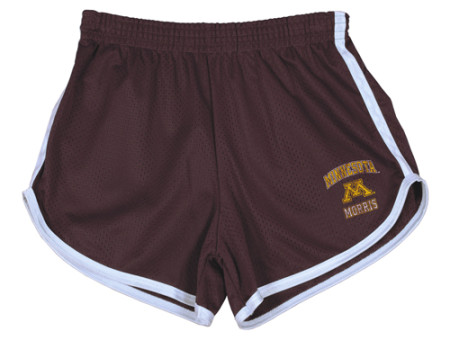 Stew couldn’t help but skip class in high school. He loved the feeling of freedom, the exhilaration of defying authority.

Even better, he liked taking people with him. He enjoyed finding the students who would never skip on their own volition, the timid ones, the ones whose backpacks weighed more than he did. He charmed them, cajoled them, and eventually liberated them into the open air. Sometimes it took weeks before they acquiesced, but when they did, Stew had them convinced that they made the choice themselves.

There was this one girl, a petite, pouty sophomore just begging to be corrupted. She wore a ribbon in her hair that Stew wanted so badly to undo. Her name was Theresa.

Seducing girls into truancy was easier if he shared a class with them, but he didn’t want to wait a semester before making a pass at Theresa. He had seen her around as a freshman, but she had blossomed physically over the summer, and now he really noticed her. She still dressed like a younger girl—long skirts, conservative blouses embroidered with daisies and lilies—but the shape of her body stretched these outfits to their seams.

Stew would later learn about pick-up lines and all the other conduits men consider necessary to approach a woman, but as a 17-year-old speaking to a younger girl, all he needed was to let her know that he knew her name.

“Be brave, be brave,” he told himself as he walked towards her locker. She was stuffing books into her backpack.

“Theresa?” he said. She turned to him, the pink bow dangling from her ponytail. “I think I saw you at the soccer game the other day.”

He took it slow with her, not forcing anything to happen lest he scare her away. Sometimes he stopped to chat in the hall, other times he merely bumped her hip with his or winked as he walked by. She would smile to herself and shake her head, as if she were onto his little ploy.

One day they ran into each other on the narrow steps at the northeast corner of the school. Her cheeks were flushed red, and a few strands of hair stuck to the sweat on her forehead. Stew thought she looked a little wild. Untamed.

“Lucky you,” he said. “PE’s next for me too, but I think we’re learning about gonorrhea, not playing outside. Different rotation.”

She blinked. “Oh no, lucky you. You wouldn’t think it, but you can get gonorrhea from anything. I probably got it from kickball today.”

Stew burst out laughing. Unable to hold her straight face, so did she.

When they stopped, there was a stillness around them, a lull. They were on the precipice of the school and the rest of the world, and it seemed for the first time that Theresa might consider the latter.

“I have calculus next.”

“Don’t catch gonorrhea from it.”

He just looked at her. He knew exactly what she was thinking.

“Take me somewhere else for an hour.” Her face was inches from his. He hadn’t even noticed her moving closer. Maybe he had moved. “Maybe two.”

They spent the rest of the afternoon on Belle Isle, a nearby island that split the James River like the eye of a needle. Carrying their shoes in their hands, they warmed their feet on the broad rocks that sunned themselves on the banks of the James. Theresa was still wearing her gym clothes, which, of course, were several sizes too small. Stew noticed for the first time that she seemed to know the effect that her body had on him. She even flipped the waist of her shorts so they rose lower on her hips, exposing the taut skin of her hips.

When the playful teasing and flirting had built to the point of no return, they searched for a place where they could be alone in the shade. They finally found a secluded inlet that they were sure had yet to be discovered by mankind. Theresa pressed him against a sheer rock walk and kissed him, hard. She backed away a step and cocked her head to the side as if to say, Yeah, that just happened. Your move.

Stew gave her what he hoped was a wicked grin, pulled her to him by the drawstrings of her gym shorts, and brought his lips to hers.

Thirty minutes later, they reclined on the edge of a boulder. Theresa sat behind him, twirling his long hair in her fingers, and he rested his back on her chest as he rubbed her bare legs. She pulled a great clump of his hair to her nose and inhaled.

“You smell like Herbal Essences,” she said. “That’s what my dad uses.”

“Me too. I’ve always wanted to smell like your dad.”

She giggled and smelled his hair again. “Here’s what I’ve always wanted to know: How do you do it?”

His head spun. Was she referring to the other girls he had skipped with? He could honestly say that he hadn’t felt this way about any of them. “Do what?”

“How do you pass all your classes? Ace them, much less. I never see you carrying around books, and you don’t seem to care about school all that much.”

Relieved, he rested his head on her shoulder. “Well, just to clear things up, I do care. I mean, obviously. I’d fail if I didn’t care. I’m not a genius or anything, though. I actually…you’re going to think I’m such a dork, but I actually have a trick.”

She pulled his hair back and nibbled his ear. “More of the same,” she said in a low voice, her breath warm on his neck.

Stew swiveled around to face her. “Well, the trick of it is that you still have to study. I study all the time at home. But I’m very…focused. I know exactly what to study.”

“Not really. Not as specific as you should. Like, say you have a calculus quiz tomorrow. What do you study tonight?”

Theresa bit her lip. “Everything we’ve learned since the last quiz. And some stuff from before that, the fundamentals.”

“And then you get the quiz, and there’s about 10 questions, right?”

“Okay, there’s this psychologist who used people like you for his control group.”

Theresa laughed. “Wait, what? Who is this?”

Stew waved away the question. “Just some dude. Daryl Bem. I read about it at the grocery store when I was waiting for my mom.”

“Aren’t you sweet, helping your mom by standing in the magazine section.”

He rolled his eyes. “So that’s the control group—people who studied the general material in advance. As expected, they scored well on the quiz. But there’s this other group that scored even better without studying at all before the quiz.”

“What do you mean? Did they study at all?”

“Yeah. This is the cool part. This is what I do. After taking the test, the people second group are given the correct answers to the test and are told to study them until they know them inside and out.”

“You’re telling me that you’re better off studying for a test after you take it than before?”

Theresa shook her head. “That is so cool. It’s like your current brain is linked to your future brain.”

“You totally did. How long have you been doing this?”

“Oh, 2 or 3 years. Not for everything—I mean, some of this stuff I really need to know. But when am I going to use chemistry in the real world?”

Theresa absentmindedly played with the elastic of his boxer. “So, how do you know you have the right answers? When you take the tests?”

“It works really well for multiple choice. I’m going to ace the SAT. I just read each answer to myself, and when I get to the right one, it feels right. Like the difference between putting the wrong key and the right key in a lock.”

“I bet it doesn’t work for math tests, does it? Damn calculus.”

He laughed. “Not exactly. You still have to work through the formulas. But when you get to the final answer, you know if it’s right or not. You know it in here.” He pointed to his chest.

They discussed the implications of the idea for a little longer before the conversation devolved into kissing. When a chill settled over their private inlet, Stew hoisted Theresa onto his back and carried her to the cusp of the island before letting her down to walk across the bridge. They sat in comfortable silence as he drove her home. She scanned the front windows before kissing him, then darted into the house.

Stew felt, perhaps for the first time, that it was him who had been liberated.

This entry was posted on Wednesday, January 28th, 2015 at 8:36 pm and is filed under writing and tagged with Hindsight, writing. You can follow any responses to this entry through the RSS 2.0 feed.