Part 4 of 9: The Mysterious Test

The CIA agent marched down the aisle and closed the door behind her. Stew unsealed the envelope and pulled out the test. It was multiple choice, several pages long, 50 questions. The only instructions were that each question only had one correct answer, and all questions were independent of one another. 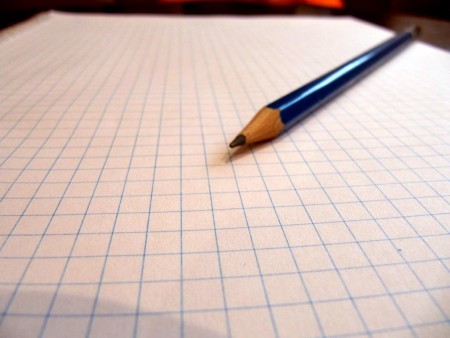 The questions were unusually vague:

Question 1: What is the word?

Question 2: What number is it?

Question 3: What color is it?

Given the ambiguity of the questions, Stew suspected there was no puzzle or trickery to them. He tried not to overthink them, instead resorting back to the old trick he used during high school. Although he had no proof that he would be able to study these questions in the future, he had nothing to lose by trying.

The only tests he’d taken for years were physical, not mental, so it took a few minutes to focus on his gut feeling. He breathed deeply and visualized each answer in his mind. The first time he tried it, something felt right about “tulips,” but it wasn’t as strong of a feeling as he had in high school. He read the answers again, and this time it came through loud and clear. Tulips. Just like sliding the right key into a lock.

For reasons Stew couldn’t understand, the questions varied in difficulty. Some were in foreign languages, perhaps even made-up languages—Stew couldn’t tell. Some answers were completely different from one another, but others were strikingly similar. In one question, “What phrase is it?”, two of the answers were “I’ll go home for dinner at 8:15” and “I’ll go home for lunch at 1:15.” The key didn’t slide so easily into the lock, but Stew picked one.

For others, the answers looked nothing like each other, but the lock seemed farther away in his mind. He could barely reach it.

The worst were the matrices. A few questions had several columns and rows of various answers, and you had to choose one box from each column to form the correct phrase. There were a multitude of combinations. Stew wasn’t sure he got any of them right.

When he finished the test, he found that he was drenched with sweat. He was one of the last to finish, which worried him. He could use that $2,000.

The officers were allowed to mingle in a reception area near the testing room. Stew strode over to a cooler of beers and popped the cap off a Budweiser. “Stew Sheridan,” he said, holding out his hand to two men standing nearby.

“Nice meeting you both. What’d you think of the test?”

Penny cast a sideways glance at Sanchez. “Well, I was just telling Al here that when I stopped trying to figure out the answers, they just sort of came to me.”

Sanchez nodded in agreement. “That worked for most of them. Some I just couldn’t figure out, like the color ones.”

Stew explained the premise behind Bem’s experiments, surprising himself that he even remembered the psychologist’s name. “I think they’re testing our future memory.”

“But why would they have us take this test? Why not get a bunch of bookworms to do it? I’ve got an F-16 to fly.” Penny said.

“Bem surmised that those with the best precognitive abilities were extroverted thrill seekers. ‘Novelty seekers,’ he called them. I’m guessing you fellas like the action?”

They nodded. “Fucking love it,” said Sanchez. “I live for surprise attacks.”

When the older woman appeared in the doorway with a stack of papers in hand, Stew whispered to the two men, “Bet you $10 she’s going to have us study the correct answers.”

Sure enough, the woman instructed everyone to return to their quarters with documents to study. Stew opened the packet on the way back to his room and saw that it only contained the first 20 questions—there were 30 questions missing. The instructions were to memorize the answers within 2 days.

Stew knew them all by heart within 20 minutes. He took a break to go to the gym, which was now open to the other officers at the same time, and then returned to his room to quiz himself. By evening, he had them all etched into his mind.

Two days later, they were given questions 21-30 with the same instructions; three days later, 31-40. A week passed, and they received 41-49. Conspicuously, the final question—a complex matrix with a multitude of possible answers—was not returned. Nonetheless, Stew studied the final batch more than any of the others. According to his methods of studying in high school, the harder he studied the answers in the future, the better his past self would do on the test.

One day the PA system cackled to life while Stew was playing table tennis with Penny. They could barely make out the words, but the message was clear.

The results were in.

This entry was posted on Wednesday, February 11th, 2015 at 11:02 pm and is filed under writing and tagged with Hindsight, writing. You can follow any responses to this entry through the RSS 2.0 feed.