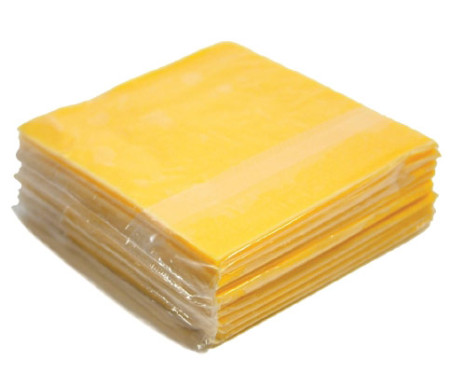 American cheese, why are you a thing?

On occasion, I get a fast-food cheeseburger, forgetting that by default it will come laden with the worst of all cheeses, American cheese. Grumbling to myself, I’ll scrape off the cheese, but that plastic-fake taste never really goes away.

I’m sure there are those out there who actually enjoy the taste of American cheese. I don’t understand it, but it’s possible. That doesn’t keep it from being a pet peeve, though. There are SO many better cheeses that should be the standard for cheeseburgers.

Also, even if you love American cheese, I’m sure you realize how low-grade the cheese is compared to other cheeses. Yet it proudly bears the American name on it. Shouldn’t America be represented by a better cheese? A cheddar cheese curd made in Wisconsin, perhaps?

There is a possibility that no one actually likes American cheese, but some people simply put up with it. Hence the poll below. I want to know if there is anyone who would choose American cheese on their cheeseburger over, say, cheddar. Not that cheddar is the pinnacle of all cheese, but it’s 10x better than American cheese in terms of quality of ingredients.

This entry was posted on Monday, March 23rd, 2015 at 9:46 pm and is filed under food, pet peeve and tagged with pet peeve. You can follow any responses to this entry through the RSS 2.0 feed.