The Eight Greatest Wonder of the World: Twins Day

On March 1, 2006, something incredible happened.

My coworkers and I were enjoying lunch together in the meeting room of my first “real” job. Halfway through my sandwich, I looked over at my coworker, Tracy, and realized that she and I were wearing similar outfits.

Another coworker piped up. “Yeah, I was telling Alan earlier that we match too.”

Two other coworkers looked at each other and realized the same thing. Then two others.

Incredibly, four pairs of people had independently and accidentally dressed almost identically to one another. Really. This is not a joke. This was completely unplanned.

We knew that no one would believe the story, so we took a photo to commemorate the occasion.

At my next job, I continued the Twins Day traditional in several variations. Now it’s just me working at home with my cats, so I guess I have to dress like them? Because I know they’re not going to dress like me. I’ll do my best.

Have you ever accidentally dressed exactly like someone else? 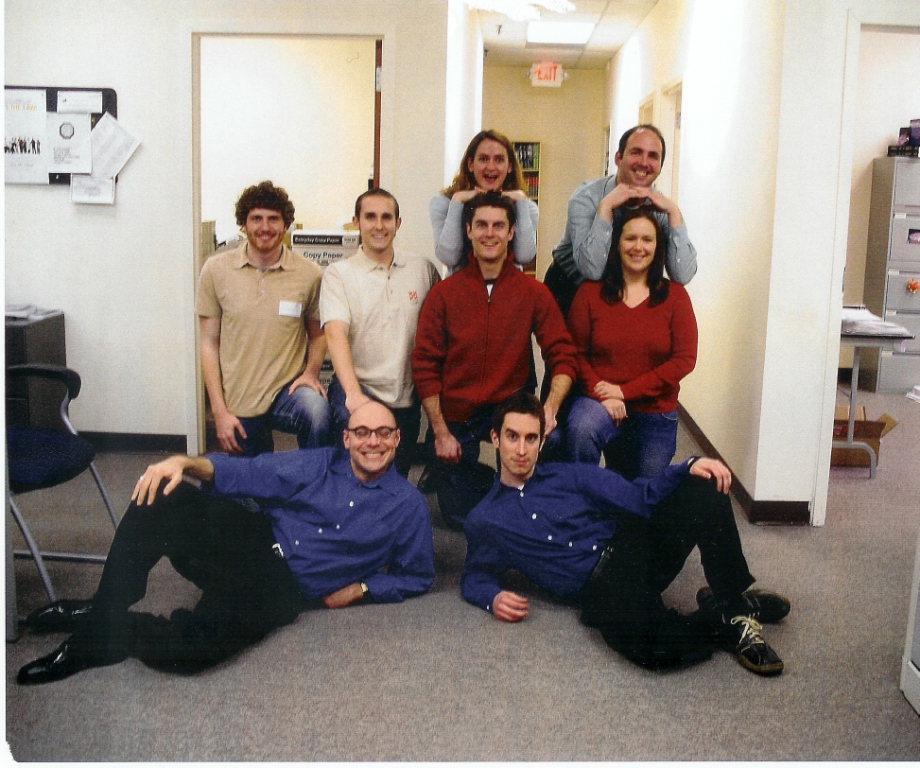 This entry was posted on Sunday, March 1st, 2015 at 9:45 pm and is filed under humor and tagged with humor. You can follow any responses to this entry through the RSS 2.0 feed.

2 Responses to “The Eight Greatest Wonder of the World: Twins Day”