I Drove a Truck and Hit Puberty Today 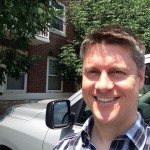 Due to a series of unfortunate events involving a rental car, today I found myself sitting in Dodge Ram 2500 on the streets above St. Louis. And yes, I mean “above.” I’ve never driven a truck before, and this was quite the introduction. This truck sits a good 3 feet above any other car on […] 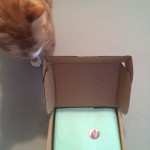 Recently I ran out of chocolate. In the short term, this was devastating. Biddy had to sit on me for while to ease the pain. During the chocolate outage (which lasted somewhere between 8 hours and 17 years, depending on your perspective) I decided to make the perfectly logical decision to go online to find ways […]

I Cannot Stop Laughing at This

The other day I clicked on some Facebook link that took me to a bunch of amusing gifs. One of them made me laugh so hard that I knew I had to share it with you, especially on a Monday when most of you have to get dressed up to go to your offices while […]

The Question of Diversity in Films 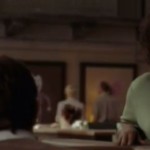 Recently I discovered an enlightening YouTube channel by someone named Dylan Marron called, “Every Single Word Spoken by a Person of Color in ____.” The blank is usually a blockbuster movie that Marron has edited down to only lines by, as the title suggests, people of color. Marron includes all minorities in that category–I think he […]

The Best Things About Having a Dog for 3 Days 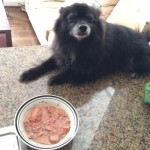 I’ve never owned or been responsible for a dog, so I was eager to see what it felt like when a friend asked me to take care of her dog for a few days. When Jasper arrived at my house on Sunday, he promptly took a dump on the floor. When my friend later learned […] 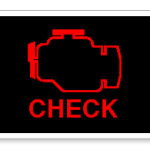 A few days ago, the “check engine” light appeared on my dashboard. So far I’ve refused to heed its warning–I don’t have time to drive my car to a repair shop and leave it there for a few days just so they can plug a machine into it to tell me what’s wrong. I’ve been […]

One of the Best Dining Experiences of My Life: Dim Sum 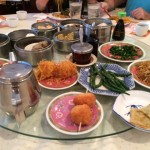 This past Saturday, I ate dim sum, and it was ridiculously awesome. From what I understand, “dim sum” is a Chinese word that roughly translates to, “We keep bringing you small plates of Chinese food until you burst, and then we bring more.” I was invited to the dim sum experience with 7 other people […]

The Great Cocoa Shortage of ’15 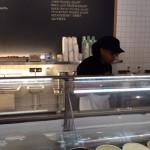 A few weeks ago I caught wind that Jeni’s Ice Cream had opened in St. Louis. I was introduced to Jeni’s a few years ago by a woman I was dating. At the time, it was only available in a few grocery stores in St. Louis, and it stood out for its $10 price per […]

The Dilemma of Scent 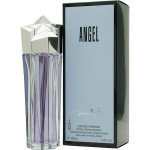 Lately I’ve been turning to the zany questions on OkCupid for blog fodder from time to time. Today is one of those times. The question: If you bought your partner perfume or cologne as a gift, would you buy them a scent they love or a scent you love? I feel like this is one of those […]

Screw It, I’m Eating Popsicles with a Spoon 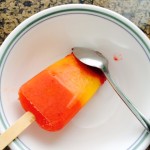 I’m Jamey. I’m 34 years old, and for my entire life, I’ve disliked biting into popsicles. That changes today. Let’s face it: Popsicles are amazing, especially when it’s 100 degrees outside like it was today in St. Louis. They’re cold, refreshing, and convenient–you can walk around eating them, no problem. But popsicles have a dark […] 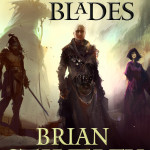 It’s pretty rare that a book is so good that I’ll devote an entire entry to it instead of waiting for my “best of the year” post to talk about it. The Emperor’s Blades is too good for me not to write about it. I came to this book in a roundabout way. I was seeking the board […] 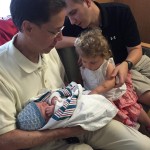 RICHMOND, Virginia (AP) – After much deliberation, sources confirmed today that my new nephew, James, has 10 toes. After exiting the womb of my sister on Friday, a number of photos were taken of James. As members of the press quickly noticed, none of the photos included his toes. “We were pretty busy holding James […]

What Is the Oldest Recording on Your DVR? 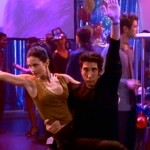 I usually listen to The Daily Show or a comedy that doesn’t require visuals while I’m making dinner, but today I discovered that the only unwatched show on my TiVo was Halt and Catch Fire (a show to watch while I’m eating, not while I’m cooking). But then I remembered that I actually do have […]

Silvercar: The Future of Car Rentals? 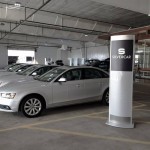 At a recent family reunion, one of my cousins was talking about a trip she took where she had to rent a car. She raved about the service she used, Silvercar. Today I was looking around to rent a car for a few days, and Silvercar came to mind. Unfortunately they’re not in St. Louis, […]

What I Love About Inside Out 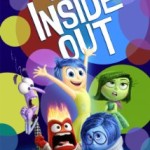 Inside Out is Pixar’s return to glory. At least, I assume it is. I didn’t see Cars 2 or Brave, and while I enjoyed Monsters University, I had forgotten that it was a movie. That’s generally not a good sign. But I loved Inside Out. It’s creative storytelling at its best. I laughed, I cried, and I […] 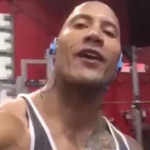 Disclaimer: The title of this post as well as some of the content of this post is parody. I don’t actually think The Rock–a man–won the Women’s World Cup. Disclaimer: If it doesn’t make sense as to why this post now has a ton of disclaimers, read the comments. It’s a scientific fact: The Rock […]

Does the GPS Know Something I Don’t? 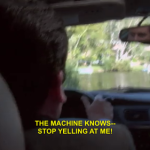 Yesterday I had dinner plans with a friend for Thai food at 5:30, right in the middle of rush hour. So I entered the destination into Google Maps on my phone, selected the fastest route based on traffic, and headed out. It ended up being a surreal drive. The GPS wanted me to take a […]

Can I just devote this post to saying how incredibly excited I am that the US women’s team is returning to the World Cup finals on Sunday after their victory over Germany today? I was hesitant to post this, because I generally root for all teams that play beautiful soccer, and both Germany and the […]