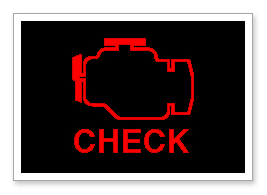 A few days ago, the “check engine” light appeared on my dashboard. So far I’ve refused to heed its warning–I don’t have time to drive my car to a repair shop and leave it there for a few days just so they can plug a machine into it to tell me what’s wrong.

I’ve been trying to figure out why the check engine light bothers me, and now I know: It’s an piece of technology that isn’t as smart as it should be.

The way the check-engine light should work is that it should tell you what’s wrong. If you can plug a separate machine into the car, that same machine could be built into the car or even stored in the cloud and connected wirelessly.

Granted, my car is a 2003 Camry. It’s quite possible that cars manufactured in the last decade already have this function. If so, I’d love to hear about it.