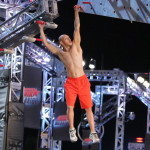 I can’t believe I haven’t blogged about American Ninja Warrior until now. Have you watched this sport? It’s amazing. It’s based on a show that aired for a while in Japan called Ninja Warrior, and it basically makes an obstacle course into a sport. This is the 6th season of ANW. Up until this season, […]

The End of Dating 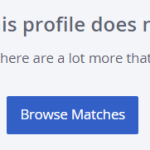 Okay, this has to be a sign. Two years ago, I attended a big hot air balloon glow in St. Louis with my parents, who were visiting from out of town. I had a great time, and I swore to myself that the next year I would return with a date, because it seems like […]

A Throne of Cats 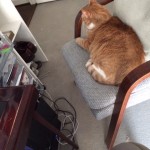 Pet owners and human parents of the world: Do you ever discomfort yourself merely to not inconvenience  your pet/child while they do something adorable, endearing, or peaceful? An example of this for human parents is that you might not move from an uncomfortable position on the couch just because your infant son/daughter fell asleep on […]

The Nightly Show and Race 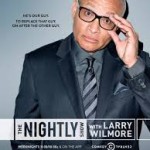 I recently lamented the loss of The Daily Show with Jon Stewart. The show served a key purpose for me: entertain and educate me while I make dinner (rarely are visuals needed to understand the show). When the show went off the air a few weeks ago, I figured I’d wait until the new Daily […] 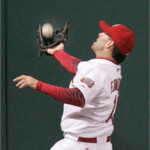 I love highlights of any sport. In fact, as ESPN proved by showing cricket highlights earlier this year, I’ll watch highlights of sports I know absolutely nothing about, and I’ll enjoy them! I’ve become a little jaded about a common baseball highlight that ESPN features. At any time in the summer, if you go to […]

What Is Your Ridiculous Cocktail of Choice? 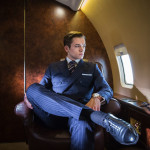 A few weeks ago I had high hopes for an entry called, “What Is Your DJ Name?” I thought the comments might yield a bevy of funny DJ names. Instead, there were 0 comments. So I’m going to try again with another topic! I watched a movie called Kingsman last week. It’s a decent action […]

Do You Talk in Your Sleep?

When I was a freshman in college, I woke up one morning to find my roommate tapping away at his computer. “Morning,” I mumbled from my upper bunk. He nodded and said, “Do you remember what you said last night?” After a solid night’s sleep, I had no idea what he was talking about, so […]

I Wrote a Book and It’s a Real Thing 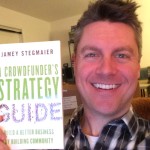 I’m without words. Which is ironic, since the reason I’m without words is that I’m now a published author. Like, I have a book with only my name on the cover filled with words I wrote, published by a real publisher. I’m not boasting. Trust me on this. That’s not what I’m trying to convey […]

The Future of Electric Roads 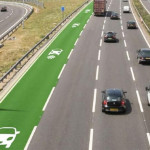 For a while now I’ve been excited about electric cars, but dubious that the technology could catch on. There are so many limitations: They have limited range, they’re slow to charge for long road trips (if you can even find a recharging station), and if you live in an apartment, you don’t have easy access […]

What Should You Do If the Person You Like Is Already Dating Someone? 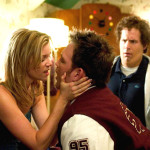 I was talking to a friend from back home recently about some love troubles he’s been having, and I didn’t have great advice for him at the time, so I wanted to talk out the situation here in the blog. For the purposes of this entry, I’m talking about a guy liking a girl, but […] 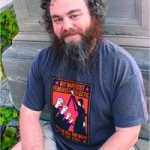 On last week’s episode of the Untitled Rothfuss podcast, The Name of the Wind author Patrick Rothfuss told a really interesting story about a hard drive and an airplane. I’ll summarize it here so I can get to the dissection of what is a really interested moral dilemma, but I recommend checking out the podcast if […] 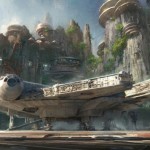 If you had the chance, would you fly the Millennium Falcon? That’s obviously the most rhetorical question ever. Of course you would. I’m trying to wrap my head around how I can explain what I’m about to explain. Hopefully this makes sense. This weekend, Disney announced that they’re opening two Star Wars themed parks, one […]

What Is Your DJ Name?

Today I was listening to my favorite new podcast, Untitled Rothfuss, when I thought of this blog entry. The podcast is basically just Patrick Rothfuss (fantasy author of The Name of the Wind) and Max Temkin (Cards Against Humanity) telling stories about their lives. Near the beginning of this week’s episode, Rothfuss revealed that he had decided […] 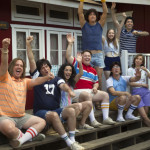 Wet Hot American Summer makes me want to go back to summer camp. I just finished watching the Netflix miniseries today, which is a prequel to the original movie. The setting is a 1980s summer camp in upstate New York. Despite it being a very different experience from the summer camp I intended (particularly the […]

Self-Driving Cars: Even Better Than I Thought

One of the things I most look forward to about the future is the idea of self-driving cars. Like, the kind of car you get into, tell it where to go, and then sit back and relax while it takes you there. Up until a few days ago, my desire for an autonomous car was […] 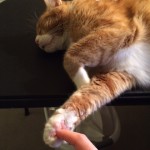 There is no logical explanation for why this is such a pleasant, satisfying thing…but it is. Sometimes when Biddy is napping on the desk next to me, he’ll flex his little paws and I’ll stick my finger in the middle of the webbing, which he then holds onto while he sleeps. This is the best. […]

A Tribute to Moderation 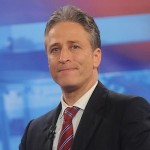 About 9 years ago, my girlfriend at the time moved in with me, bringing with her approximately one million pairs of shoes, a cat named Catface, and a love of Jon Stewart. The girlfriend, shoes, and that particular cat moved on a long time ago, but the last of those things–a love and admiration for […]

I Don’t Understand the Headbutt 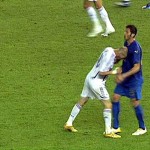 The headbutt: A class move in action movies and soccer games. But does it make any sense? I saw an article today about soccer superstar Messi headbutting an opponent, which made me think of the broader topic of headbutting. I just don’t get it. Now, I don’t condone violence of any kind. But if you’ve […]

I Love “The Flash”…and I Want to Know Why 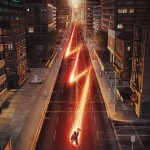 I love the television show “The Flash,” which I’m watching for the first time in reruns this summer. Yet I’m not sure exactly why I love it. This past weekend, I was playing games at Gen Con, a big game convention in Indianapolis. While the people to my left at the table were trying to crack the […]

Should I Tell My Niece She Is Adorable? 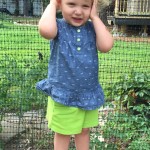 I adore my niece, Anna. She’s a little over 2 years old now, so she’s learning to talk. I’ve always talked to her, as uncles do, but now we’re close to having a conversation of sorts. She understands so much. I recently read an article about the way we speak to young women, and it […]