What Should You Do If the Person You Like Is Already Dating Someone? 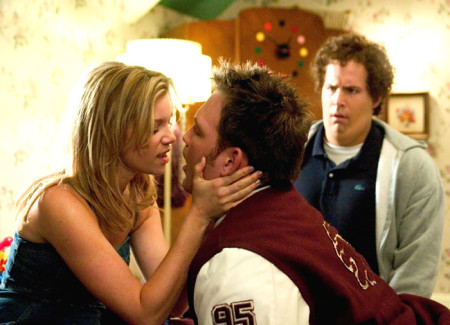 I was talking to a friend from back home recently about some love troubles he’s been having, and I didn’t have great advice for him at the time, so I wanted to talk out the situation here in the blog. For the purposes of this entry, I’m talking about a guy liking a girl, but this could apply to any kind of sexuality.

Here’s the situation: My friend is interested in a girl. He thinks she’s great, and he really likes her. He thinks they might be great together.

The problem: The girl is already dating someone else, and has been for a while. As far as I could tell, she’s been completely committed to her relationship and hasn’t been leading on my friend. The two of them are just friends.

What should my friend do? (I swear this is for a friend–this isn’t about me.)

The logical answer is that my friend should move on. Plenty of fish in the sea and all that. Plus, it’s standard relationship math: If you like someone and they don’t like you, move on. Stop liking them.

But that’s Robot Jamey talking. Human Jamey understand that feelings aren’t that easy. There are lots of other variables and options. The guy needs to decide if he should continue the friendship. After all, he really enjoys talking to her–why should he stop? He could also tell her how he feels. At least then she would know.

It just occurred to me that I’ve actually done that exact thing. I liked a girl, she was dating someone, and I told her I liked her. I didn’t make a move or anything–in fact, it was in a text–but it happened. In hindsight, I’m glad I told her. It felt good for her to know, and it felt right when she stuck with the other guy. I needed that rejection to move on.

So maybe that’s the answer. That’s unexpected–I didn’t think I’d have an answer to this one, but there it is. [Update: As you can see in the comments, I have no idea what I’m talking about. Don’t listen to me.]

That’s just my experience, though. What do you think? Have you been in this situation? What did you do, and how did it work out for you?

This entry was posted on Tuesday, August 18th, 2015 at 9:24 pm and is filed under relationships and tagged with relationships. You can follow any responses to this entry through the RSS 2.0 feed.

15 Responses to “What Should You Do If the Person You Like Is Already Dating Someone?”