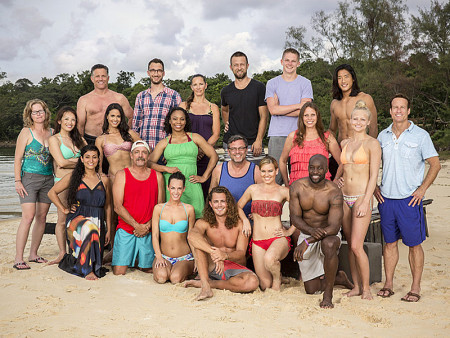 The 31st season of Survivor started yesterday, and It. Was. Awesome. (No spoilers are in this post in case you haven’t watched it yet.)

I’ve been an unabashed Survivor since the first season, and I’ve only missed 2 early seasons due to my time abroad in Japan. I love the show because of the social aspects, the physical challenges, the humor, the island, and the whole Swiss-Family-Robinson aspect to it.

This season is particularly exciting because for the first time ever, people around the world voted for the participants out of a pool of prior contestants who lost. I found while watching the first episode that this created a really interesting dynamic, because I’m genuinely rooting for 16 out of the 20 contestants.

I generally don’t blog about Survivor (last season I only blogged about it because of a realization I had about the group of people with whom I email after each episode) because I figure the number of readers who also happen to be Survivor fans is probably pretty small.

But I wanted to mention it today because if you’ve ever been curious about the show, this is the perfect season to give it a try, because so many of the contestants are not only extremely likable, but also very, very good at the game. It’s going to be a really entertaining season.

Let me know in the comments below if you decide to watch this season!

This entry was posted on Thursday, September 24th, 2015 at 9:52 pm and is filed under Survivor, television and tagged with television. You can follow any responses to this entry through the RSS 2.0 feed.

5 Responses to “Survivor Is Alive!”