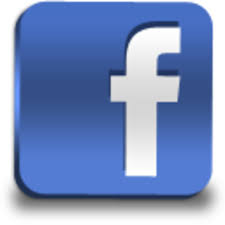 Lately I’ve been getting a lot of Facebook friend requests. This is most likely due to the visibility of my Kickstarter project, but I think most people on Facebook probably get a few Facebook requests every month. At least.

For a long time now, even before all the board game stuff happened, my personal policy for accepting friend requests comes down to just one rule: We need to have met in person before I accept your friend request.

That’s it. While Facebook is completely virtual, for me it’s grounded in some real-world, in-person connection. If a complete stranger friends me, I’m not going to accept the request. If a non-stranger whom I’ve never met friends me, I’m still probably not going to accept the request. It’s nothing against them. It’s just where I draw the line on Facebook.

Does it make sense? Probably not. I have what I consider very real friendships with people online whom I’ve never met. Of course, it’s for those people that I make exceptions and friend them on Facebook.

It doesn’t even really make sense for privacy reasons–all of my posts on Facebook are public, so anyone can see them even if I haven’t “friended” them. Heck, on LinkedIn I’ll accept a request from anyone. I don’t know how most of those people find me, but I don’t use LinkedIn, so it feels like a non-factor to let them connect with me if they want.

But I feel like I have to draw the line somewhere, and it almost always feels right to draw it at in-person contact.

This entry was posted on Thursday, October 22nd, 2015 at 8:40 pm and is filed under Uncategorized and tagged with relationships. You can follow any responses to this entry through the RSS 2.0 feed.

Leave a Reply to Nhi Pham