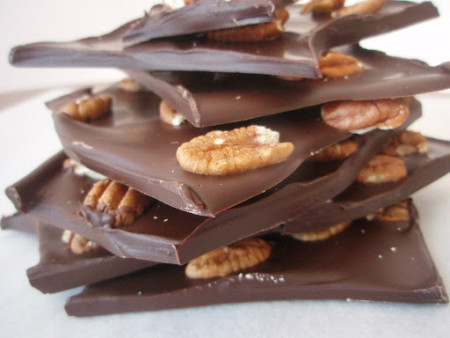 I’ve been trying for months to derive some sort of life lesson for the story I’m going to tell here, but I haven’t figured it out, so I’ll just tell the story and hopefully it will mean something important.

I was having lunch with an old friend at A Pizza Story, a Neapolitan pizza place in St. Louis. Neapolitan is one of my favorite types of pizza. That has nothing to do with this story, really, other than my tummy was happy.

After lunch, my friend said he was going to stop in Kakao, a chocolate shop next door. This kind of surprised me, as this friend didn’t seem like someone to indulge on expensive, craft chocolates. It’s nice that you can always learn something new about your oldest friends.

My friend bought some chocolate (some for him, some for his wife), along with some gummy candies they had in the front rack. I brought my order to the cashier, and while she was ringing me up, my friend pointed to a gummy candy he hadn’t noticed and said that he wish he had gotten one of them. So I told the cashier to just add it to my order–just easier that way.

And that’s when it happened. A small thing, but a thing that has stuck with me for months.

Instead of adding the gummy candy to my order and charging me, the cashier pulled two of the candies out of the display case and handed one to me and one to my friend. She waved away my attempt to pay for them.

She wasn’t trying to upsell me. My order was complete. She just gave us each a free gummy candy (which may not seem like much, but I think they were around $2.00 each).

It’s important to try things. There’s something so profound about that statement. I just don’t know what it is! I mean, the statement isn’t really that profound, but in that context, in that moment, it really spoke to me.

What does it say to you?

This entry was posted on Friday, November 6th, 2015 at 12:04 am and is filed under life lessons and tagged with personal. You can follow any responses to this entry through the RSS 2.0 feed.