Repairmen Are People Too 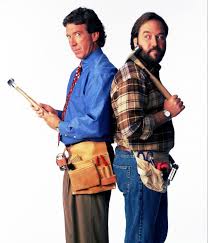 Friday was my dad’s birthday. Without realizing it at the time, I did something good that day that I learned from him.

Much to the chagrin of my cats, my condo association decided to install a new alarm system in the building. So on Friday, an electrician showed up to wire in the new alarm.

Sometimes when I need a repairman, the first thing I do when they arrive is start to describe the problem so they can fix it. I think there’s some level of anxiety associated with the broken aspect of my home that gets in the way of basic human decency. It’s not excuse, but I do that sometimes.

Friday was different, and I’m glad it was, given that it was my dad’s birthday. Dad always introduces himself when a repairman comes to his house. Instead of treating them like a service, he treats them like people.

On Friday, when the electrician arrived, I stuck out my hand and said, “Hi, I’m Jamey.” He replied with his name and shook my hand. He actually looked a little surprised, as if he wasn’t used to being greeted that way. I thanked him for coming, and I asked him if he needed anything. He said he was fine, and then he got to work.

I know it’s not much. It’s just a small gesture. I think I’m aware of it for myself because I don’t always do that, but I should. I think there are people in a lot of jobs who aren’t often treated with basic human decency. I’m guilty of that, and I can do better. This is a good reminder to me to do so.

Thanks, Dad. Sometimes the most important things I’ve learned from you are those that you do by example.

This entry was posted on Sunday, November 15th, 2015 at 11:14 pm and is filed under life lessons. You can follow any responses to this entry through the RSS 2.0 feed.