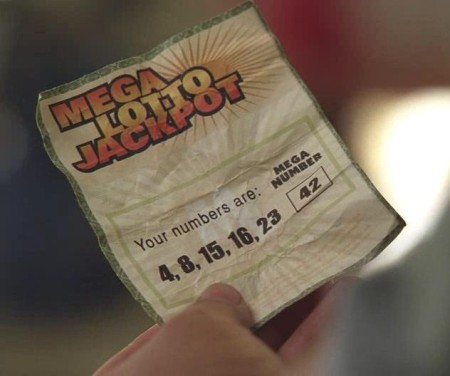 A few days ago I was watching a Daily Show segment about the Illinois lottery when something struck me as very disconcerting.

The segment focused on a middle-aged couple who had recently won around $250,000 in the state lottery. The focus of the segment was on Illinois’ current inability to actually pay lottery winners, even though people can continue to buy lottery tickets.

That’s odd enough. But it was something the husband said near the end of the segment that really hit me. He’s asked if he’s still buying lottery tickets, and he reveals that he is. He says, “Yeah I should know, but it’s the American dream; you hit the lottery and it makes your life better. But I guess not.”

Since when is hitting the lottery the American dream?!

Now, I know that’s just one guy out of millions of Americans. But it saddens me that even one of us considers winning the lottery to be the American dream. There are so many better American dreams he could have–here are just a few of them:

None of those involve winning a game of pure luck.

Now, I’m not passing judgment on buying lottery tickets. Spend your money as you wish. But dream a little bigger, dude. Because if that’s the American dream for any significant number of people, America is in for some rough times.

This entry was posted on Thursday, November 12th, 2015 at 7:31 pm and is filed under life lessons and tagged with editorial. You can follow any responses to this entry through the RSS 2.0 feed.

12 Responses to “The American Dream”