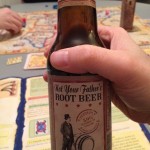 I enjoy the taste of beer, but I love the taste of root beer. It’s kind of ridiculous that they’re both called “beer,” because they’re so different. Apparently there’s a company who felt the same way, because they invented an alcoholic root beer called “Not Your Father’s Root Beer.” Obviously it’s amazing. I had my first bottle of […] 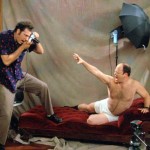 Yesterday I participated in my first full photoshoot as a game publisher, designer, and published author. I was recently interviewed by the St. Louis Business Journal about my company and the game publishing industry in St. Louis. Because I work at a home office, it’s not particularly conducive to interviews, so we met at a […]