Which Household Chore Do You Actually Enjoy? 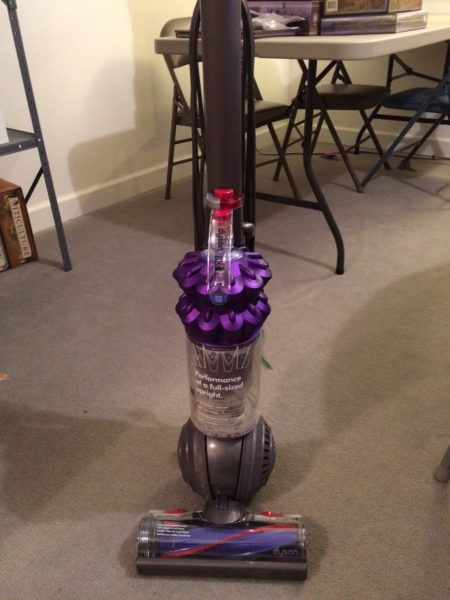 When I was growing up, my brother, sister, and I had a chore rotation. Every week, we had to clean one toilet, vacuum a few rooms, dust one room, clean several windows, and mow the grass. A little bit of everything.

As I look back, I think it was a flawed system. Because now I know that not all chores are equal: Different people enjoy different chores.

For example, I’ve realized that I rather enjoy the sense of accomplishment of vacuuming a carpet, especially as a cat owner. Within about 5 minutes, a carpet can go from looking like–well, like a large, long-haired cat–to a pristine environment for pushups and game nights.

Conversely, I don’t think I’ve ever cleaned a window in my condo (I’ve owned it for over 10 years). Mirrors, yes. They’re solid, so you can see the results of your work right away. That’s not the case with windows.

I’ve had a Roomba for a few years that I’ve used alternately with a cheap upright vacuum cleaner. The Roomba picks up the superficial stuff, but doesn’t quite do the job for friends who are allergic to cats.

Unfortunately, the cheap vacuum stopped working last week. So I decided to indulge my carpet-cleaning desires, and I got a Dyson. You can see him pictured here.

I’ve heard great things about Dysons, but I still had my doubt that it could be all that different than any other vacuum. The results of the first vacuum were dramatic, though–Dyson picked up at least twice as much dirt and hair than my previous vacuum ever had. And it’s much quieter than I thought. And the rotating part wasn’t instantly clogged with hair because of the way the bristles are positioned.

You might be cringing as you read this because you hate vacuuming. But I bet there’s a chore you actually find some pleasure in. What is it for you?

This entry was posted on Thursday, April 14th, 2016 at 9:22 pm and is filed under confessions and tagged with confessions. You can follow any responses to this entry through the RSS 2.0 feed.

8 Responses to “Which Household Chore Do You Actually Enjoy?”