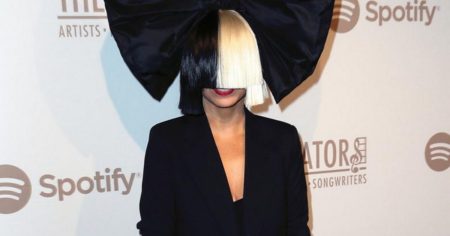 Last week, the 32nd season of Survivor ended as it always does: A live reunion show where they announce the winner and talk with the contestants about the season.

Sometimes Survivor itself has some surprises planned for the finale, but this time, someone in the audience brought the surprise. After Jeff Probst talked to the final contestants, he was transitioning to a different topic when an off-camera voice started yelling his name.

Jeff looked confused until he realized who was yelling. That’s when Sia, a famous singer, walked onto the stage. Knowing that viewers from home couldn’t hear her, he offered her the mic.

Sia proceeded to do something nice: She donated $50,000 to one of the losing contestants (a crowd favorite) and $50,000 to a charity of that contestant’s choice. I appreciate her generosity. But I realized in that moment how strong of a pet peeve I have against celebrity privilege.

Here’s the thing: Would you ever think it’s appropriate to hijack a public event–much less a live television event–to do anything? Of course you wouldn’t.

But Sia did, even when she could have easily made her gift to the contestant after the show.

Now, I’m not saying all celebrities do this. Not even close. In fact, even just in the world of Survivor, there have been celebrities in the audience of past award shows who quietly sat in their seat like everyone else.

But my pet peeve is about the general concept of celebrity privilege–that someone thinks they are the exception to the rule just because they’re famous. That’s my pet peeve.

Does that bother you? Have you seen it happen?

This entry was posted on Tuesday, May 24th, 2016 at 10:28 pm and is filed under Survivor, television and tagged with editorial, television. You can follow any responses to this entry through the RSS 2.0 feed.

Leave a Reply to billlasek