Have You Ever Attended a Low Country Boil?

I love how various friends of mine host vastly different annual events. One friend hosts a Memorial Day BBQ every year. Another hosts a grilled-pizza gathering. For me, up until a few years go, I hosted a raucous Festivus party every December.

Even though it’s a fairly new tradition, I’ve come to look forward to an event run by my friends Adam and Mel. They call it the Low Country Boil.

A lot of work goes into it behind the scenes, and I don’t want to underestimate it, so I won’t attempt to describe the preparatory stages. From my perspective as I experienced the event on Saturday evening, I showed up with a bowl of biscuits to find 30-4o people milling around in anticipation of the proceedings. Several huge pots of food were on the stove, and drinks were aplenty.

Adam signaled that the time was nigh, and he handed the pots to various people and giant serving spoons to others. He grabbed the last pot and went out side to dump the food on the middle of the two long tables set up in the back yard: 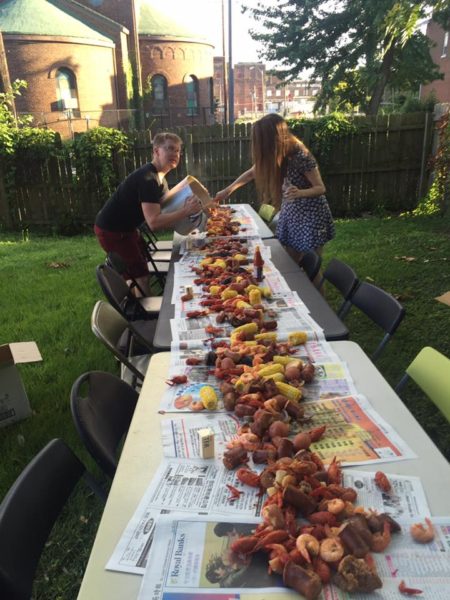 It was a LOT of food. So much meat: clams, mussels, crayfish, shrimp, sausage. So many potatoes. Endless rows of corn. 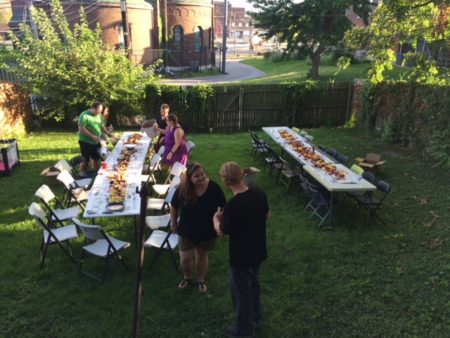 The weather was perfect for the event, so as soon as the food was served, we all sat down and dug in, quite literally. Not a single utensil was in sight. It was all eatin’ the old-fashioned way: You picked up a piece of food, broke off a piece and put it directly in your mouth.

At first we ate fiercely, almost like animals. But then we slowed and became aware of the abundance around us. We wiped our hands, rubbed our bellies, and leaned back to talk. I think that was my favorite part. As much as I love crayfish, random conversations with friends and strangers are even better: 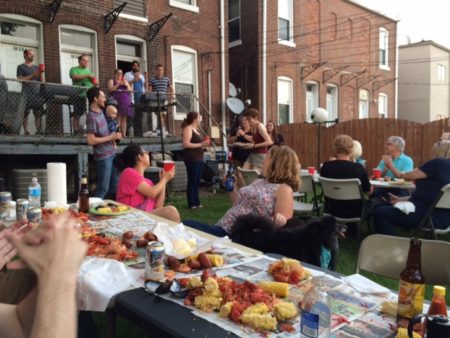 I had a lovely time at this year’s Low Country Boil, and I look forward to next years. Have you ever attended anything like this? When was the last time you went primal and ate solely with your hands? And if you host a special annual event, what’s it all about?

9 Responses to “Have You Ever Attended a Low Country Boil?”