Stranger Things: Why Is 1980s Nostalgia So Powerful? 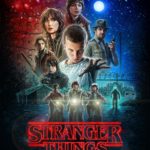 Based on what I’ve seen on social media, Stranger Things has been a huge hit for Netflix over the last month. I knew I would watch it at some point, but it wasn’t going anywhere and I had Deadwood to watch, so I put it off for a few weeks. A few days ago I […] 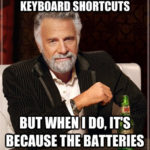 I pretend to be tech savvy. Sure, I’m comfortable on my computer. It’s where I spend most of my time, after all. I can install blog plugins, I know a few keyboard shortcuts, and I’m pretty good at Googling answers to my questions. But really, I’m just pretending to know what I’m doing. I can’t […]

Have You Ever Protested Something? 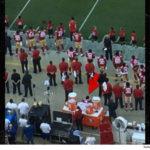 Today I saw articles and videos about 3 different protests (a small slice of all protests, I’m sure): NFL quarterback Colin Kaepernick refused to stand during the national anthem to protest racial oppression in the US. In his words, “When there’s significant change and I feel like that flag represents what it’s supposed to represent, […]

Have You Seen Mr. Robot?

Having finished Deadwood a few days ago (which, as my previous post suggested, is truly an incredible show), I moved on to another highly regarded show, Mr. Robot. I had heard good things about the show from a techie friend who called it the most accurate portrayal of a hacker in television/movies. Plus, /film has a weekly post […] 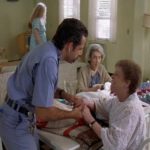 After yesterday’s ordeal, today has been much better. My neck is still stiff, but no spasms so far. I decided to keep a lunch I had scheduled with my best friend, and I’m glad we did. At one point in the conversation, I said something like, “I guess I’m just getting old,” and Trev had […]

Have You Ever Been Unable to Move?

After I write this blog entry, I’m going to take a prescription-strength muscle relaxer, lay down, and see what happens. No, this is not a fun game. Rather, something happened today that I’ve never experienced before. It was painful, frightening, and enlightening. I woke up this morning feeling like I had slept wrong on my […]

How Was the Food at Your College? 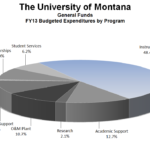 I’ve continued to listen to Malcolm Gladwell’s “Revisionist History” podcast, and the latest episode–Food Fight–raised some questions for me. The episode uses two universities, Vassar and Bowdoin, to demonstrate a key shortcoming in American higher education (in Gladwell’s opinion). Here’s the main comparison: 23% of Vassar’s students are Pell Grant recipients (as Gladwell says, these […]

Have You Ever Read a Local Food Blog and Immediately Did This? 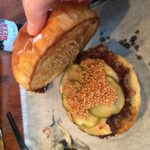 As you know from yesterday’s entry, I went out for dinner at a Mexican restaurant (isn’t it odd that you know exactly what a complete stranger ate for dinner yesterday?) I prefer to spread out restaurant visits, but then something happened today. Around 11:15 in the morning, I was reading through Feedly (my RSS feed […]

Do You Eat Food Out of Containers Made of Food? 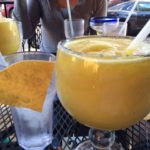 I ate dinner tonight at an authentic Mexican restaurant in St. Louis called La Vallesana. The weather was beautiful, so my friends and I sat on the patio, and all around us we saw people drinking these lush, colorful drinks. I ordered one, of course, and I was soon faced with the imposing challenge of […] 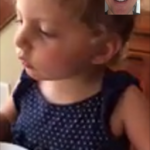 I vaguely remember when I first heard about the futuristic concept of video phones. I was 9 or 10 years old at the time, and my thought was: This is the dumbest idea. Who is going to stand directly in front of a screen to make phone calls? Even when phones had cords, people would […] 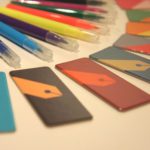 Every 6 months or so I update my top 10 favorite tabletop games list. I really enjoy making this list, as I continue to love games of all shapes and sizes with a fiery passion. I’ll note up front that I love a lot of games. I even have a YouTube channel devoted to specific […] 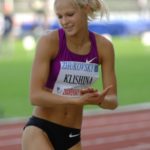 Do You Zipper Merge? 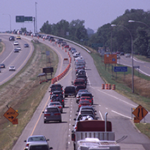 While driving back from Indianapolis last Sunday, I started noticing cars pull over into an increasingly congested left lane. I followed suit, thinking they had seen something ahead in the right lane. Traffic quickly drew to a halt in the left lane, with right lane wide open. So after a few minutes, I inched over […]

Would You Do Something Silly to Succeed?

I recently learned that bestselling author Malcolm Gladwell has a podcast called Revisionist History. This was music to my ears, because Gladwell always tells interesting stories, and I like the cadence of his voice. I think the podcast will provide fodder for several blog entries in the coming week. As of now I’ve listened to […] 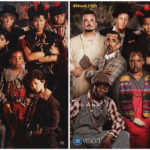 It feels like just yesterday that I confessed my love for the movie “Hook,” but apparently it was nearly 3 years ago. Today the movie came to mind because apparently it was the 25th anniversary of the film, and the cast got back together. They look just a little different:   The article where I read about […]

I Survived Without Hair Product for 5 Days: A Survivor’s True Tale of Survival Against All Odds 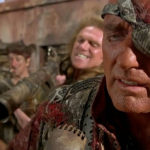 I’m Jamey Stegmaier, and I recently survived for 5 days in the wilderness of Indianapolis without hair product. This is my story. The last thing I typically pack when I travel are my toiletries. Toothpaste, toothbrush, razor, all that stuff. And the very last thing to go in the bag is my hair “fiber,” as […]

How Do You Walk Away? 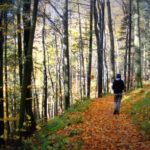 I got some great advice the other day from a colleague. He had read one of my Stonemaier Games blog posts about the stresses of fulfillment, and he chimed in with his two cents: “I NEED to walk away for a while. Maybe it’s an hour, maybe it’s a day or maybe it’s a week, […]

Have You Read the Best Harry Potter Book? 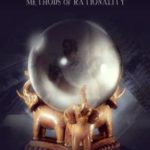