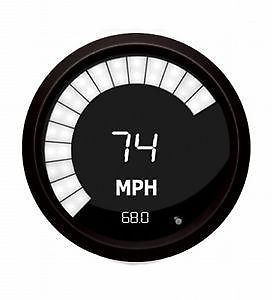 Since this week has turned out to be mostly car focused, we’re going to end with one more car post.

I’ll say up front that there are LOTS of things I wish my car could do. Like, if we’re specifically talking about my 2003 Camry, I wish the steering wheel would not squeak all the time. I wish all of the doors would unlock when I click the remote. I wish it had stereo controls on the steering wheel. I wish it would drive itself. I wish it could fly.

I’ve also written extensively about a more complicated feature I wish all cars would have: If you leave your windows open a crack in the summer, if it starts to rain, they would automatically close. That would be wonderful.

But I’ve already talked about that, so here’s the new thing I wish my car–and all cars–would do: I wish they would tell you the speed limit.

When I’m driving, I try to follow the speed limit pretty closely. I typically go 5-10 mph over the limit, depending on the type of road.

But there are so many times–especially on the highway–when I realize that I have no idea what the speed limit is. The signs aren’t always there to tell you. Sometimes they’re separated by miles or you just miss it.

Many cars have built-in GPS now, and I’m pretty sure that GPS knows the speed limits–that’s part of the equation when they estimate travel time. So on your dashboard, what if the car could not just tell you how fast you’re currently traveling, but also the current speed limit? It could even alert you if you’re going too far over the speed limit–the number could turn from green to yellow to red?

Maybe some fancy cars already have this feature. Or maybe it’s a terrible thing that no one wants–perhaps people don’t want to be reminded of the speed limit. I don’t know. What do you think?

This entry was posted on Thursday, October 27th, 2016 at 9:06 pm and is filed under technology. You can follow any responses to this entry through the RSS 2.0 feed.

8 Responses to “What’s the One Thing You Wish Your Car Could Do?”