I played a lot of games for the first time in 2016, and I greatly enjoyed learning something from each and every one of them. I love looking for interesting mechanisms in games (even in games I’m not compelled to play again), and I talk about those mechanisms on my YouTube channel.

Unless otherwise noted, all of the games in the lists below were released in 2016 (some venture a bit into 2015), and I played them for the first time this year.

10. Millennium Blades (video): This game about collectible card games is absolutely brilliant, but it’s the one game on this list that I’ve only played once. That’s partially a symptom to the sprawling setup of the game–there are just so many cards. But I get excited just thinking about the frenetic trading phase in Millennium Blades. I really need to play this again.

9. Celestia (video): I love how this game captures the “we’re all in this together!” feeling of Craps through the dice-rolling, push-your-luck mechanism. It’s a lovely light group game.

8. A Feast for Odin (video): The puzzle of the Tetris-like tiles and the 60+ action spaces in this game both makes it wonderful and a bit too much of a brain-burner to put higher on this list. A true achievement from Rosenberg, though.

7. Potion Explosion (video): I simply have a blast every time I play this game, which is essentially Bejeweled in real life (with marbles instead of jewels). I love the opportunity to feel clever with the various elements of timing in Potion Explosion.

6. Mechs vs. Minions (video): This stunning production has hit the table a number of times as we make our way through the campaign. With each game I feel like we work together a little better (it’s a cooperative game) and highlight our strengths for that particular game.

5. Terraforming Mars (video): I love engine building, achievements, a vast selection of cards, and thematic connections to mechanisms. Terraforming Mars has all of those elements and more. The games I’ve played have run a bit long for my taste (3+ hours), but hopefully we can get that down to around 2 hours. 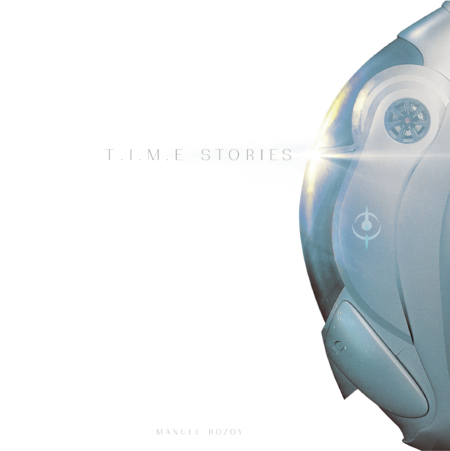 4. Great Western Trail (video): I’m a big fan of this designer, and he put so many interesting ideas and decisions into this game about steering cattle through the old west. I love the unique combination of deckbuilding and hand management.

3. Clank! (video): I was completely surprised and delighted by how much fun I have playing Clank. It’s a deckbuilding game about running through a dungeon to gather treasure. I love all the different paths you can take, particularly the choice about how deep into the dungeon you should go before trying to run out with the treasure.

2. Isle of Skye (video): This is a fantastic tile-laying auction game from the designer of Great Western Trail that scratches all of my gamer itches. It is millimeters away from being the number one game on this list, because I will play this at any time and have a blast doing so.

1. T.I.M.E. Stories (video): My favorite gaming experiences of 2016 have come from playing this mystery game, and I still look forward to every time a new module is released so we can play again. I truly love T.I.M.E. Stories.

What were your favorite games of 2016?

This entry was posted on Thursday, December 29th, 2016 at 11:21 pm and is filed under favorites and tagged with board game, favorites. You can follow any responses to this entry through the RSS 2.0 feed.