Pet Peeve #64: When Something You Order Is Much Smaller Than What You Envisioned

Have you ever ordered something in a restaurant or online, only to discover that the thing you ordered was comically small compared to what you envisioned?

This happened to me twice recently.

The first time was at a local restaurant I was trying for the first time. Their brunch had received a rave review, and the menu featured a twist on the traditional Eggs Benedict: Instead of ham, it featured pork belly, one of my indulgences.

As I dug into it, I didn’t realize at first that it was lacking on the pork belly. Really, it wasn’t until I peeled the egg off the second half that I saw the pitifully small bit of pork belly included the English muffin.

The photo actually makes it look much bigger than it actually was, but I assure you, it was exactly one bite of pork belly: 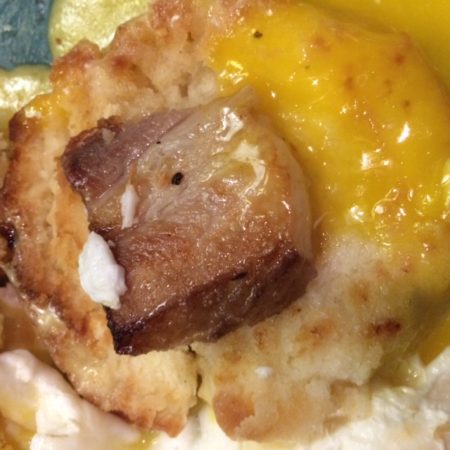 The second instance came a few days later when I received a birthday present for my goddaughter. Her birthday was a few days ago, and at Thanksgiving I had asked what she wanted. She replied, “A cake!”

I figured she would have a real cake for her birthday, so I’d get her a plastic toy cake. Based on what I ordered, I truly expected something that was about the size of a small wedding cake.

Much to my surprise, the cake was tiny. So tiny that I didn’t even see it in the Amazon box when I first opened it. Here’s the box next to a standard reference cat: 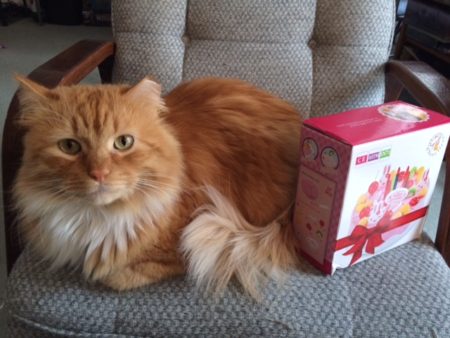 I’m sure there are far better examples than these. What’s your story of something you ordered that ended up being comically smaller than you envisioned?

This entry was posted on Monday, December 5th, 2016 at 11:29 pm and is filed under pet peeve and tagged with pet peeve. You can follow any responses to this entry through the RSS 2.0 feed.

7 Responses to “Pet Peeve #64: When Something You Order Is Much Smaller Than What You Envisioned”