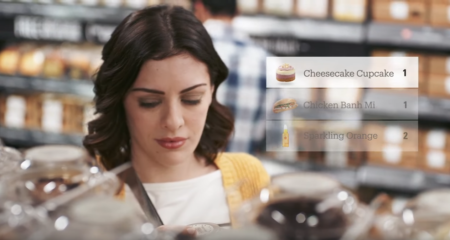 Yesterday, Amazon revealed a staggering innovation: At stores equipped with Amazon Go technology, you’ll essentially be able to walk into the store, pick up what you want, and walk out.

Granted, was going through checkout lines really ever that big of a hassle? It’s actually a rather helpful service–I don’t know about you, but I usually pick up more than a cheesecake cupcake, a chicken bahn mi sandwich, and two sparkling orange juice bottles when I go to the grocery store.

But still, technology is at its best when it looks like magic, and that’s exactly how this appears. You’re not scanning items as you pick them off the shelves. Rather, Amazon Go uses a variety of sensors and software to identify who you are (you scan in when you enter the store) and what you put into your cart. It even knows when you take something from your cart and put it back on the shelf.

When you’re done, you just walk out, and Amazon charges you using Amazon Payments.

For stores, it seems pretty awesome, as it could completely eliminate shoplifting. Though the setup must be immense–I wonder if that will be too big of a barrier to entry for most stores.

I do think it’s pretty cool that Amazon–a website that wants you to buy stuff online–has created a technology that promotes buying stuff from brick and mortars. It almost seems like they have some bigger master plan in play…

Would you use this service? While it wouldn’t save me much time, and I feel bad for cashiers who would lose their jobs, it does seem pretty cool. I like things that feel like the future.

This entry was posted on Tuesday, December 6th, 2016 at 10:22 pm and is filed under technology and tagged with technology. You can follow any responses to this entry through the RSS 2.0 feed.

8 Responses to “Will You Go with Amazon Go?”