Ever since I started running my own company, I’ve stayed away from doing anything for April Fool’s Day (despite how much I enjoy a good prank). I’ve seen how easily a joke or offhand comment can be misconstrued as something else–I don’t want to cause any confusion.*

However, I have a great appreciation for companies that are able to use April Fool’s Day as a marketing device that makes people smile. I think it’s particularly brilliant when a company does this in such a way that it communicates an important message about the brand without creating consumer confusion.

There were two videos that stood out this year as fantastic examples of this: Honda Horn Emojis and Turkey Hill Dairy CowsOnly.com.

With their Horn Emojis, Honda unveils a new way to communicate with other drivers. Instead of being limited to the standard honking sound, you can use Horn Emojis to “wave” to a neighbor or empathize with others in a traffic jam. Just push the appropriate emoji button, and the matching horn will sound.

I love this because it’s so close to actually being a great idea. Honda understands that we use our vehicles to express ourselves, and they design their cars to be vehicles of self-expression (even if real Hondas don’t include Horn Emojis. But they should).

Then there’s Turkey Hill’s Dairy – CowsOnly.com. As the name suggests, it’s a dating site for single cows to meet other cows (and yes, the URL works). The idea is that if cows are happier with their love life, they’ll make better milk, which results in better Turkey Hill ice cream.

It’s a cute idea, and it works as a marketing device because it shows that Turkey Hill cares about their cows and about the quality of their product. Here’s the video:

*This year I learned that even if I don’t make an corporate April Fool’s joke about Stonemaier Games because of concerns about confusion, other people/companies might do it anyway. This is how I woke up to half a dozen posts with people asking about our new dice game for Scythe (which, to be clear, is not a thing): 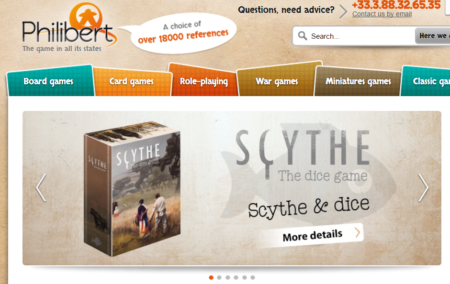 A retailer in France thought it would be cute to riff on the proliferation of “dice” versions of board games. It’s clever, I’ll give them that. But I had to groan a bit when I saw it (and every time I got an e-mail from an international partner asking why I hadn’t told them about the “new game”).

So perhaps next year I’ll take matters into my own hands by following the Hondas and Turkey Hills of the world and creating a corporate April Fool’s joke. If you have a favorite you think I should study to learn from the best, please share it in the comments.

This entry was posted on Sunday, April 2nd, 2017 at 9:06 pm and is filed under humor, leadership and tagged with leadership. You can follow any responses to this entry through the RSS 2.0 feed.

3 Responses to “What Was Your Favorite Corporate April Fool’s Prank of 2017?”