My Greatest Fear #59: Brain Aneurysms on the Toilet 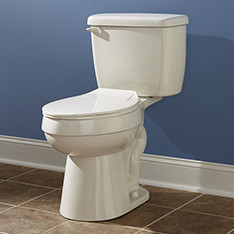 I’ve already posted two greatest fears this week…why not go for a third?

I don’t know if it’s an urban legend or a medical fact, but a long time ago someone told me that it’s possible to die from a brain aneurysm on the toilet. Ever since, the thought has crossed my mind thousands of times when I’m in the bathroom.

Here’s the thing: It’s not the aneurysm itself I’m afraid of. It would be over quick. It’s what would happen next that scares me.

If I died on the toilet, no one would know about it until the next time friends come over for my weekly game night. Can you imagine 8 of your friends walking in the door to find 2 very angry cats…and you, slumped over on an unflushed toilet with your pants at your ankles? I would be mortified if I weren’t already dead.

(As I’m writing this, I’m worried that someone is going to say that this happened to someone close to them. If so, I mean no disrespect. This is about my fear of being discovered dead on a toilet–it’s not a reflection of your loved one.)

Has such a morbid thought ever occurred to you? Is there a certain way you’re really not like to depart this world?

This entry was posted on Wednesday, May 31st, 2017 at 11:16 pm and is filed under My Greatest Fear and tagged with superlatives. You can follow any responses to this entry through the RSS 2.0 feed.

4 Responses to “My Greatest Fear #59: Brain Aneurysms on the Toilet”

Leave a Reply to Jeff Spenner