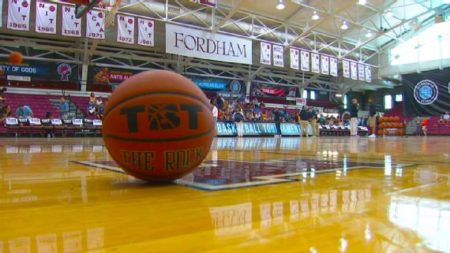 The last tournament I participated in was filling out a bracket for March Madness. I’m not even sure that counts as participation, but it’s something. Before that–excluding other March Madnesses, it was a soccer tournament I played in 6 years ago with the guys I played with while growing up in Virginia. We lost in the final game.

I recently learned about something called The Basketball Tournament. It’s over now–the final game was earlier this evening. It does a few things that are really interesting for any tournament, so I wanted to get your thoughts on them.

The first is that it’s open to anyone 18 or older. As ESPN says, “From professionals to former college stars, playground legends and weekend warriors. Fifteen women played in The Basketball Tournament before this year.”

I love that idea of having players from all backgrounds compete on the same court, especially the mix of men and women (but without any rules about how many men or women must compete). It reminds me a bit of the MMA tournament in the movie Warrior.

The second is that the stakes are high: The creator of the tournament put up a $2 million prize to the winning team. The second-place team gets nothing.

But here’s the really interesting part about the $2 million prize: While most of it is split amount the players, coaches, manager, and official boosters of the winning team, $200,000 of it goes to the top 100 fans of the winning team. To top it off, the way the teams get into the tournament in the first place is through fan voting.

How cool is that? I love the idea that the fans are financially rewarded for the team they support. I can’t think of any other sporting event that does this. It sounds a little bit like betting, but the fan system they use must be viewed differently in the eyes of the law.

Do you think this would work for other tournaments? Sports, races, e-sports, board games, etc? Would you be just as happy to see your favorite team win the big game as you would to also receive a $2,000 check the next week?

This entry was posted on Thursday, August 3rd, 2017 at 10:23 pm and is filed under sports and tagged with sports. You can follow any responses to this entry through the RSS 2.0 feed.

6 Responses to “What’s the Last Tournament You Played in?”