How Do You Celebrate Your Pets’ Birthdays?

Up until 2 years ago, I thought Walter was around 4 years old. But I discovered that he was much older and that his birthday is in November, not March. Like, even though he’s technically Biddy’s pet, Walter turns 11 today, while Biddy is 10.

After Walter’s health scare 2 weeks ago (his first ever–he’s a very healthy cat), I decided to celebrate his birthday by taking him to the vet for an annual checkup.

Granted, this isn’t how Walter wanted to spend his birthday. If he had a vision board, I’m sure it would be filled with naps, ribbons, belts, potato chips, salmon, and mice. But I wanted to make sure he’s healthy, so we took a trip to the vet. 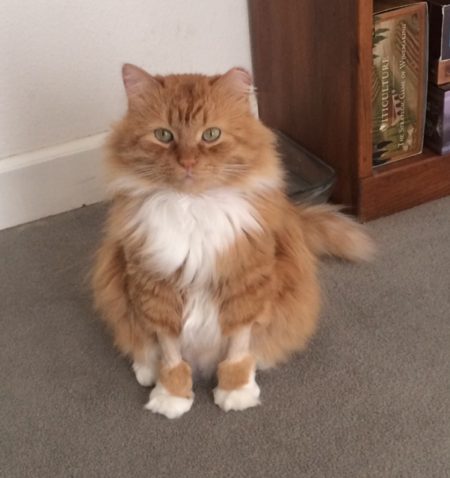 This is when I informed Walter we were going to the vet on his birthday. He couldn’t believe his ears. 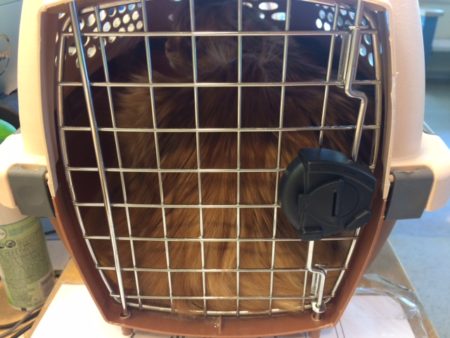 Walter gave me the silent treatment in the trip to the vet. 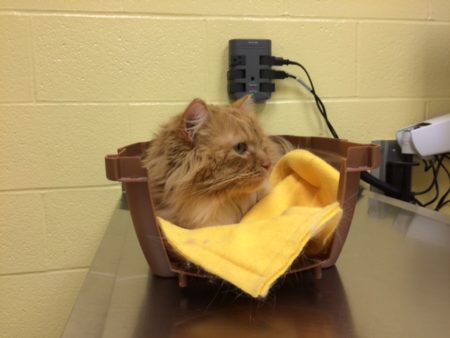 As hard as it was to get him into his cat carrier, he didn’t want to get out when we arrived. 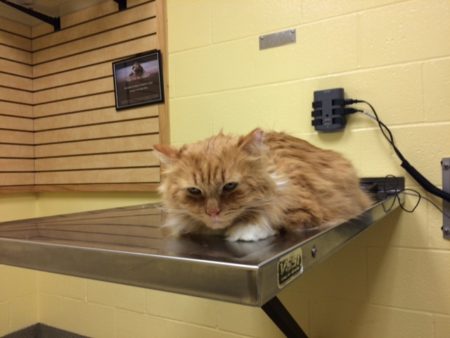 This is Walter giving me the stink eye after his carrier was taken away. 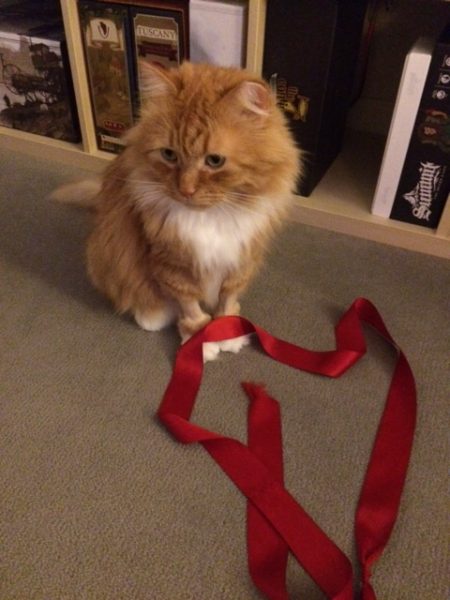 Finally, back at home with a clean bill of health and his favorite ribbon.

How do you celebrate your pets’ birthdays?

This entry was posted on Thursday, November 9th, 2017 at 8:31 pm and is filed under kitten and tagged with cats. You can follow any responses to this entry through the RSS 2.0 feed.

4 Responses to “How Do You Celebrate Your Pets’ Birthdays?”

Leave a Reply to Bart Lantz