Top 10 Festivus Grievances of All Time 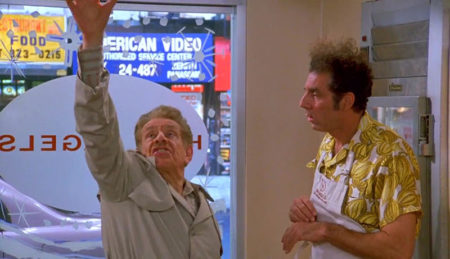 From 2004 to 2013, I hosted an annual Festivus party at my home in December. It started as a relatively small gathering of friends and acquaintances, and it grew to a massive affair where my condo was bursting at the seams with people. Good times.

Festivus, if you haven’t heard of it, is a made-up holiday that originated on Seinfeld. One of the core tenets to Festivus is the airing of grievances, and that aspect became a big part of my Festivus party. People would write down their grievances on whiteboards spread around my house, and when my hangover wore off the following day, I would sort through them run them by some impartial judges, and declare the top 10 grievances on this blog.

With Festivus approaching on December 23, I thought it might be a good time to look back on the best of the best grievances. Here’s the list:

8. That “tapas” sounds all too much like “topless.” My mom is convinced that I regularly eat garlic bread, goat cheese, and marinara sauce in front of exotic dancers.

6. Facebook stalking: What happened to the romance of a full tank of gas and binoculars?

5. Got passed over for a promotion at work—had to train person who got the job.

4. Facebook friend requests for people I went to high school with who never talked to me in high school.

3. When people speed up when I’m trying to pass them. And when people still pass me even though I speed up.

2. Automatic toilets that flush before I’m finished. It’s gross, and then I just have to flush it again when I’m really done. Not very green, is it?

1. When you e-mail someone and they call in response. If I wanted to hear your voice, I would have picked up the phone in the first place.

Which of these resonates the most with you? Happy Festivus!

This entry was posted on Thursday, December 21st, 2017 at 8:58 pm and is filed under Festivus. You can follow any responses to this entry through the RSS 2.0 feed.

11 Responses to “Top 10 Festivus Grievances of All Time”

Leave a Reply to Frank