Pet Please #151: When You Figure Out a Voice Actor Without IMDB

Recently my TiVo managed to capture seasons 1 and 2 of Rick and Morty, which is great, because I only got into it during the third season. It continues to amaze me by how good it is. I realized today, though, that one of my favorite things about watching Rick and Morty are the wide […]

Would You Stay at Hogwarts Overnight? 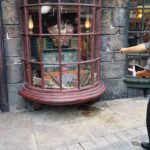 I’ve never been to the Wizarding World of Harry Potter, but I’ve been fascinated by the idea of it for years. I love the idea of getting paired with a magic wand, and who wouldn’t want to drink fresh butter beer? I was all the more intrigued when a friend informed me recently that you […]

Which TV Show Would You Watch as a Movie?

A few recent stories made me think of this: The Kingkiller Chronicles will soon have a TV show and a movie (today it was announced that Sam Raimi would direct the movie). Deadwood, a show I fell in love with a few summers ago, has had numerous rumors about a movie. This seems to happen […]

Do You Play HQ Trivia?

I’m not sure if this is a St. Louis thing, a midwestern thing, an American thing, or a universal thing, but trivia nights are quite common here. I bet there’s one almost every night at a bar, and a number of fundraising events are structured around them. I, however, generally avoid trivia nights. I love […]

Top 7 Most Anticipated Movies of 2018 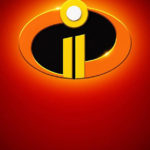 As I started preparing this list, I had a hard time thinking of movies I was really excited about in 2018. However, it’s my memory that’s a problem, not the movies themselves, because there were 20 movies that ended up making my short list! Please note that even though the list skews towards big, flashy […]

Is a Luxury Car Worth the Expense? 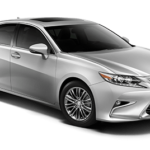 Every now and then, I consider letting go of my 2003 Camry and buying a newer car. This is a fleeting thought, not something I expect to act on. Overall, my goal is to drive the Camry until (a) it will no longer let me drive it and (b) self-driving cars are commonplace. But a […]

How Do You Not Look Suspicious (While Doing Something Suspicious)? 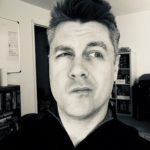 Every 50 days, I walk into the grocery store and do something that appears very suspicious. One of my cats, Biddy, has diabetes. So part of his daily routine is to get injected with insulin. He doesn’t seem to mind–I think he knows it makes him feel better. Plus, he only gets a tiny dose […]

What Do You Value More: Food or Dreams? 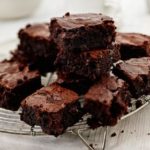 A friend told me today that she ate a special brownie last night, which resulted in her having a very scary nightmare. No, it wasn’t that kind of special brownie. It was a sugarless, flourless brownie. It was probably harmless, but my friend wasn’t used to eating those ingredients, so it’s reasonable to think they would have […] 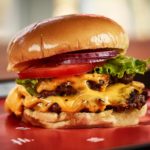 I loathe American cheese. I’ve always disliked it. Even as a kid, on the rare occasion when we went to Burger King, I would get a hamburger when my sister and friends got cheeseburgers. There was just something inherently fake tasting about the cheese that I couldn’t stand, even when I had the unrefined palette […]

Seinfeld Bloopers: Who Breaks the Most?

Recently I stumbled upon a treasure trove of Seinfeld bloopers on YouTube, and they’re amazing. If you’re a fan of the show, it’s a great way to (a) remember how good it was and (b) see the cast in a new light. Some of the bloopers are of cast members making mistakes like forgetting their […] 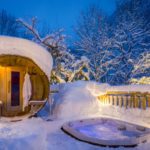 I really like sequential contrasts. For example, I typically like savory dishes followed by dessert. The dessert tastes better to me because it was proceeded by something salty, spicy, or plain. Keeping this in mind, I recently started doing something that I really enjoy. It’s been bitter cold in St. Louis, and when possible, I […]

Thunderhead and Other Benevolent AIs in Fiction 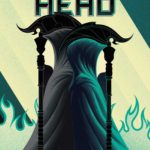 My go-to novel recently has been Thunderhead, the second in a series of books about a near-utopian future with a dark twist (death is nearly impossible in this version of the future, so certain people have the responsibility of serving as the Grim Reaper). I enjoyed the first book in the series, but Thunderhead really takes […]

Do You Eat Fruit with or without the Skin? 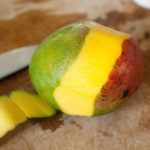 I continue to be intrigued by the different foods people like/dislike and different ways people eat food. That’s what today’s topic is about. I have a friend who, as I recently learned, only eats peeled fruit. Pears, peaches, apples, plums, even grapes…they all must be peeled. Her reason was interesting, as my parents taught me […] 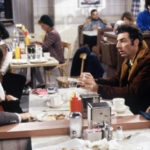 Confession time. Okay, so I know that plenty of “television happens” to make shows work. Like, I understand that many shows are filmed in studios, not in the actual apartments, offices, and homes where they’re set. I also get that whenever we’re shown an exterior shot, it doesn’t mean that the actual set is inside […]

The Neighbor and the Christmas Tree 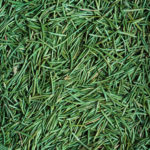 My condo is on the second floor of an eight-story building. Today I walked downstairs to check the mail, and I noticed that the stairs were covered in a thick layer of pine needles. I knew the source right away. Earlier in the day I was taking out the trash, and I noticed a Christmas […] 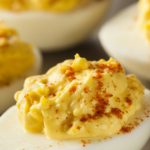 Here’s the scenario: Last week I opened my fridge to select from an assortment of leftovers. I needed to choose my meal to eat right before I hosted game night. My choices were: deviled eggs cheeseburger salmon chicken Khao Soi (curry soup) If you were hosting game night, is there anything you would take into […]

Which Hand Do You Use? 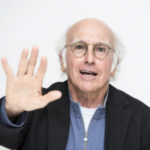 I’ve been on a Curb Your Enthusiasm kick lately. In a recent episode, Larry damaged his right eardrum, and a doctor instructs him to use his other ear while talking on the phone. But, as Larry bemoans, he always uses his right hand to hold his phone. When he tries to answer the phone with […] 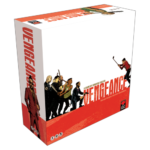 I know, I just posted a top-10 list about board games last week. I even included games I wanted to play in 2017 but didn’t get the chance. But…I’m attending a small game convention in a few days (Geekway Mini), and there are games I want to play there. So it’s on my mind. So […] 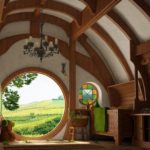 I love hosting game nights. Part of it is that given the choice to leave my condo or stay at my condo, I’ll choose to stay 9 times out of 10. Another part is that I love to play games, of course. So I host game night every Wednesday for a few hours. It’s a […]