Seinfeld Bloopers: Who Breaks the Most? 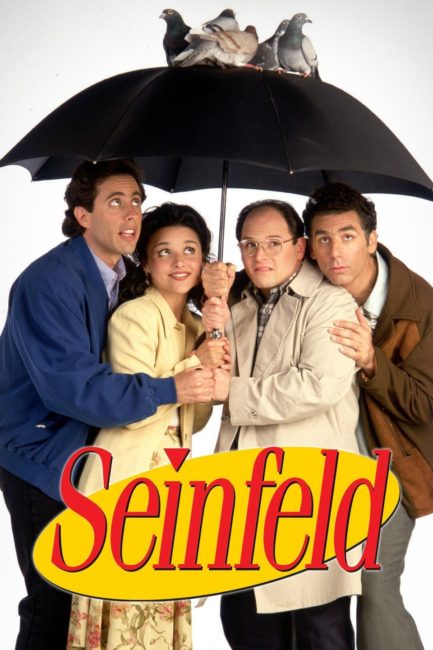 Recently I stumbled upon a treasure trove of Seinfeld bloopers on YouTube, and they’re amazing. If you’re a fan of the show, it’s a great way to (a) remember how good it was and (b) see the cast in a new light.

Which character do you think breaks the most? Before you continue to read, try to guess the order of least likely to break to most likely among George, Jerry, Kramer, and Elaine. You ready? Scroll down for the answer.

Okay, it was kind of a trick question, because the “character” who breaks the least are the extras. The extras are absolutely amazing at not breaking. Is that a requirement for being an extra? Do they test you to see how likely you are to laugh?

Beyond the extras, here’s the order from least likely to break to most likely:

4. George: Jason Alexander is by far the least likely to break, according to the blooper reels. In fact, he breaks so rarely that the audience claps when he does.

3. Kramer: Michael Richards, despite being the most oddball character, rarely breaks. He seems to mess up his lines more than the other actors, but he retains his composure, even when other actors are laughing.

2. Jerry: Jerry Seinfeld surprised me in the bloopers, because while he does break more than George and Kramer, he still doesn’t seem to break all that often. He does seem to struggle a bit with getting back into character after he starts to laugh.

1. Elaine: Julia Louis-Dreyfuss breaks the most by far among the Seinfeld cast. Somewhere around 70% of all breaks are hers. It’s amusing, and I get it–the cast and script is very funny–but I’m amazed the episodes ever finished based on how often she breaks.

What were your guesses?

This entry was posted on Thursday, January 18th, 2018 at 11:39 pm and is filed under television and tagged with television. You can follow any responses to this entry through the RSS 2.0 feed.

4 Responses to “Seinfeld Bloopers: Who Breaks the Most?”