The Office: A Retrospective 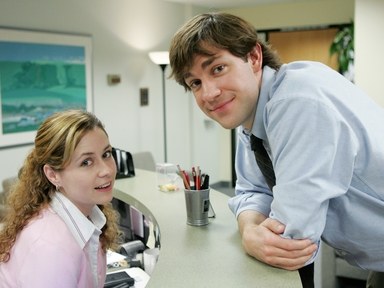 Recently I’ve been spending my mealtimes watching The Office. I was a viewer during the 9 glorious seasons of this show, and I would say it’s easily among my favorite sitcoms of all time.

I don’t know if this blog entry will make much sense, considering that even if you watched The Office, you probably haven’t seen it in years and may not remember it all that well. But I’m writing it anyway. 🙂

First, I’m incredibly impressed by how the show managed to stay true to itself despite a revolving cast of characters. I didn’t give this aspect of The Office the credit it deserved when while watching it live. I only really noticed it now that I’ve watched several seasons over the span of a few weeks.

Every season there are a few new characters and a few characters that leave (permanently or for long stretches), yet the show still feels like The Office. I give the writers full credit for this. It gives me hope that that rumored reboot will be just as good as the original.

Second, a few days ago I reached the final season with some trepidation. I remembered it being a little sad, and not just because it was the last season. I’m in the middle of it now, I realize that there’s a little bit of manipulation in the writing that I’m not a big fan of (despite how much I love the vast majority of the writing).

Specifically, I’m referring to the Jim-Pam dynamic. You may recall that Jim finally decides to start something of his own in the form of a sports-marketing company in Philadelphia. This is hard for both him and Pam, and while Pam tries to be a supportive wife while being true to herself, it clearly wears on her.

However, I wonder a little bit if the writers took this too far in essentially painting Jim as the bad guy in certain episodes. There’s one episode where Pam calls Jim repeatedly in the middle of an important meeting, and the writers try to make the audience sympathize with Pam. In the next episode, Pam drives all the way to Philly to surprise Jim, and we’re made to feel bad for her when Jim doesn’t have much time for her in the middle of the day at a startup he just started.

I adore Pam, but even more than that, I adore Pam + Jim. All I want is to see them be good to each other and have that pure love that the rest of us can aspire to find. It’s the heart of the show, and I wish the writers had taken a different approach to it.

What are your thoughts on The Office? Would you watch a reboot/continuation of it? What’s your favorite sitcom couple?

This entry was posted on Sunday, March 25th, 2018 at 8:38 pm and is filed under television and tagged with television. You can follow any responses to this entry through the RSS 2.0 feed.

13 Responses to “The Office: A Retrospective”

Leave a Reply to emmalouklues