Have You Ever Permanently Changed Part of Your Body? 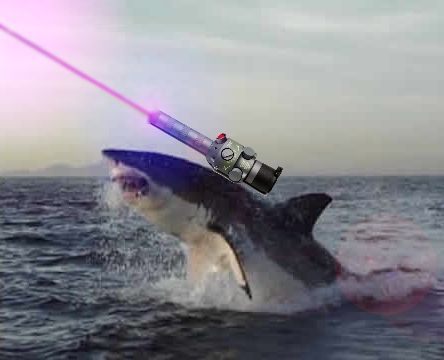 I had an 10-minute experience today that changed me forever. Literally.

First, some context: For the first half of my life, I was very uncomfortable with the idea of anyone making permanent–or even cosmetically temporary–changes to their body. Tattoos, plastic surgery, implants, etc…they all made me squeamish.

I think I started to change my opinion a little bit when I needed braces on my teeth. I was very hesitant at first, but I came around to the idea.

As for other people, I eventually came to understand that what a person does with their body is their choice. For example, if a woman gets a big boost of confidence and happiness by getting breast implants, who am I to judge that choice?

However, I’ve still shied away from permanent changes (like tattoos). Yes, I know many “permanent” things can be reversed, but they require a level of commitment that I don’t know if I’d ever be comfortable with.

That brings me to today. (Warning: What follows may be a little gross for some people.)

Over the last few years, I’ve noticed that I get a lot of ingrown hairs on my neck. You wouldn’t be able to see the hairs themselves, but I constantly have at least a few angry areas where a hair has gotten stuck underneath the surface of my skin.

I recently asked my dermatologist about this in the hopes there would be some kind of cream or ointment that would solve the problem. Instead, she told me that the only way she’s seen people consistently solve this problem is to get laser hair removal.

I decided to trust my doctor, and today I went in for my first treatment. It was surprisingly low-key. Basically, I laid down for about 10 minutes while a technician zapped my neck with a device that looks like a supermarket scanner. Each time I felt a little zap, like an electric shock.

The weirdest thing about it was the smell of burning flesh. The lasers are destroying the sources of hair follicles, so the result is a distinct, unpleasant smell. But it went away after the procedure.

I thought going into it that the technician would be using a microscope to identify each hair follicle before zapping it, but apparently the device does all of that.

I would say the most awkward part was briefly being in public after the treatment, because my neck was really inflamed for about 20 minutes. After that, remarkably, it was fine. This was the first of several treatments spread out over the next 5 months, so hopefully I’ll get used to the walk of shame.

I’ll let you know when it’s all over. Apparently I’ll still have some lighter hairs to shave, but my neck will mostly be smooth. That’s normal for me anyway, as I shave every day.

So that’s me! How do you feel about permanent changes, whether they’re for cosmetic or medical changes? Have you ever permanently changed something about your body?

This entry was posted on Thursday, April 5th, 2018 at 9:52 pm and is filed under personal and tagged with personal. You can follow any responses to this entry through the RSS 2.0 feed.

2 Responses to “Have You Ever Permanently Changed Part of Your Body?”