Have You Read Lightbringer? 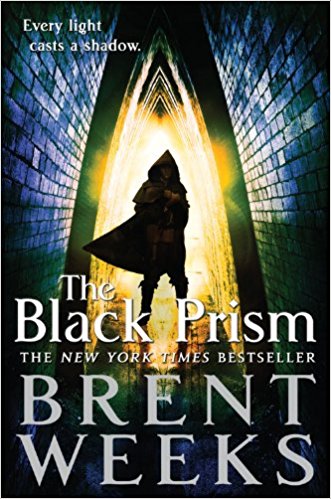 I’m always on the lookout for a great fantasy series, as years often pass between new releases in the various series I’m already hooked on. So when I heard about Lightbringer recently, I decided to give it a try.

I heard about the series from a YouTuber I randomly discovered who talks about a wide swath of fantasy novels (I recommend his channel, and if you know of any similar channels, please let me know). He listed the Lightbringer series in his top 10 due to the interesting characters and unique magic system, so I gave it a try.

It’s one of those books where I knew within a few pages on my Kindle that I’d be buying it. The writing is super smooth, and while it’s character-driven, the plot moves forward at a brisk pace.

The magic system involves the color spectrum. In this world, certain people are able to convert specific colors of light (red, green, blue, etc) into mass. Each color manifests in different ways and even impacts the temperament of the person using it. Also, I like when magic systems have high-stakes consequences for the users, and this one definitely does.

While the book didn’t raise any big philosophical or ethical questions that we could discuss here, I wanted to recommend it in case you’re looking for a good fantasy novel. I’m now reading book 2, and I look forward to what happens next.

Have you read the Lightbringer series? What did you think?

This entry was posted on Monday, April 16th, 2018 at 9:14 pm and is filed under books and tagged with books. You can follow any responses to this entry through the RSS 2.0 feed.

6 Responses to “Have You Read Lightbringer?”