How Can You Know If There Is a Local Emergency? 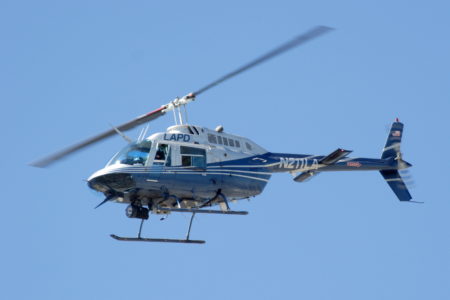 Earlier today I was working on a project when I heard a helicopter outside.

It wasn’t just that I heard a helicopter; it was that I realized that I had been hearing a helicopter for a while, and I my brain decided that the sound was persistent enough to justify investigation.

I opened balcony door. The helicopter wasn’t visible–it was audibly nearby, but not right outside. There may even have been more than one.

I went back to work, but a half hour later, the sounds of the helicopters were still there. Something was happening nearby.

Here’s what led to this blog post: I knew something was happening, but I have no idea how to find out exactly what it was. Was there a manhunt in progress? Some sort of attack? A series of medical emergencies? A newsworthy event?

After about an hour, the sound went away. I still don’t know what happened.

Is there any way to know when a local emergency is in progress? I get amber alerts on my phone from time to time, and we have a tornado alert system in St. Louis, but beyond that I don’t know where to learn about hyper-local, hyper-current emergencies. Is there a website or an app for this?

This entry was posted on Wednesday, May 2nd, 2018 at 10:35 pm and is filed under Uncategorized. You can follow any responses to this entry through the RSS 2.0 feed.

17 Responses to “How Can You Know If There Is a Local Emergency?”