What’s the Last Gift You Gave That Just Felt Right? 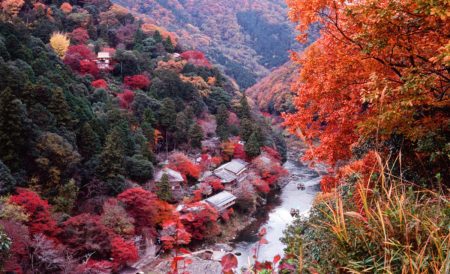 I studied abroad in Kyoto for my junior year in college. It was the culmination of learning Japanese since 7th grade, and I look back on that time as some of the best months of my life. I felt by far more at home in my skin and my life there than during any of the three years I spent at college in America.

Back in September 2017, I had a bit of an epiphany. I can’t remember exactly what prompted it–perhaps the leaves changing colors in St. Louis, which is a sight to behold in Kyoto. One day I just happened to be thinking about the students from my university who were starting their time abroad in Kyoto. I didn’t know who they were, but I knew they were out there, and I was excited for them to have that experience.

As I was thinking about this, it occurred to me that I could do more than just think: I could help those students have the most enriching experience. You see, as much as I loved my time in Japan, there were times when I felt constrained by my limited budget. I come from middle-class background, and going to a private school was a financial burden for me and my parents. I had everything I needed, but my budget was constantly on my mind while I was in Kyoto.

I’m far from wealthy now, but I have disposable income. In that moment, I decided to use some of it to help students who might be in a similar position.

So I reached out to the Japanese director at my university and explained that I was looking to make a donation to a student or students from my university studying abroad in Kyoto who had a constrained budget, just as I had back in 2001. After some back and forth, we worked out a way to make it happened–basically, they formed a grant specifically for this purpose.

It was not a small amount of money, but it made me feel really good. I had walked in those shoes (well, while in Kyoto, I mostly biked in those shoes) 17 years ago, and I was excited for the possibility to give some students the freedom to have no-strings attached money to enrich their experience. I left it wide open–they could use the money to go on a trip or stay out later with their Japanese friends or eat a series of extravagant meals.

I made the donation last year, and from time to time I’ve wondered what came of it. I didn’t know if any of the students had actually applied for the grant or if they had used the money.

Today I got an e-mail that brought me to tears (happy tears). It was from the Japanese director, and it included two attachments–letters from the students who had applied for and used the grant.

I have to say, it was one of the happiest moments of my life. It’s really hard to describe, but I really feel such a kinship with these students, and it means the world to me that I could make a small difference in enriching their experience in Japan. I look forward to adding to the grant later this summer.

I’m writing about this because, well, I like to share joyous moments on this blog. But I also thought it might be worth mentioning in case it triggers an idea for you. There are lots of charities and nonprofits to which I donate out of obligation or because I’ve gotten in the pattern of doing so, but this was different. This was of my own impetus, something truly close to my heart–like I said, those months in Japan were some of the best of my life.

I’m sure we’ve all made a gift at some point that just felt right. What was that gift for you?

This entry was posted on Wednesday, May 16th, 2018 at 10:33 pm and is filed under Japan, personal and tagged with personal. You can follow any responses to this entry through the RSS 2.0 feed.

13 Responses to “What’s the Last Gift You Gave That Just Felt Right?”