How Have You Acted Around Celebrities?

It’s official: There is a massive gap between how I think I’ll act around celebrities and how I actually act around them.

In my mind, I’m cool, calm, and collected when interacting with famous people. Maybe I send them a drink, compliment them on something very specific to show that I’m a fan, and then leave them alone.

In reality, here’s what happens:

On Saturday I went to see one of my favorite bands, Typhoon, in concert at a venue called Off Broadway. I learned while mapping my way there that there’s a nearby Cajun restaurant (Sister Cities Cajun). I can’t resist Cajun food, so a friend and I went there for dinner.

Near the end of the meal, I heard the bartender say to two scruffy guys, “Oh cool, you’re performing tonight at Off Broadway?”

After eavesdropping to hear their response, I realized that it was the lead singer and one of the guitarists from Typhoon. So what did I do? Did I play it cool and send them drinks? Nope. Instead, I creepily took this photo: 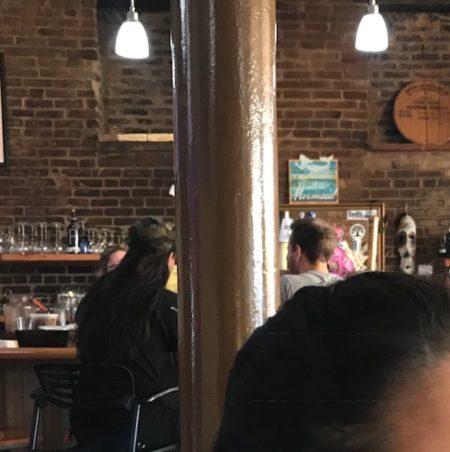 After dinner, we walked across the street to Off Broadway. I had misinterpreted the start time of the concert, so we were really early. As we neared the will-call booth, who do we see standing nearby? None other than the same lead singer who was at the bar. He was adding some people to the list.

I froze and said nothing. I’m actually really disappointed about this, not because it’s embarrassing, but rather because I know how much it means to me when someone says they appreciate my games. I think it’s great when people tell each other how much they or their work means to them. I had the chance to do that face to face, and instead I said nothing.

I still greatly enjoyed the concert, and I told myself repeatedly that if I got another chance, I would definitely take it. So as we were walking out of the concert, three of the band members–including the female vocalist, who has a magical voice–were hanging out on the sidewalk.

And of course I’m completely delusional, because I said nothing. I wanted to tell them that the concert was amazing and unforgetable…yet I kept walking.

I thought this post was going to be funny, but as I write it, I realize that it’s just kind of sad.

No more excuses. Next time I’ll act like a decent human being and simply tell the person face-to-face that I admire and appreciate their work. Next time.

Have you ever frozen around a celebrity? 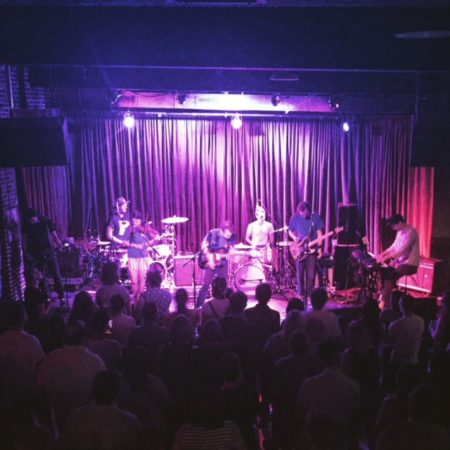 This entry was posted on Monday, June 18th, 2018 at 10:15 pm and is filed under confessions, personal. You can follow any responses to this entry through the RSS 2.0 feed.

12 Responses to “How Have You Acted Around Celebrities?”